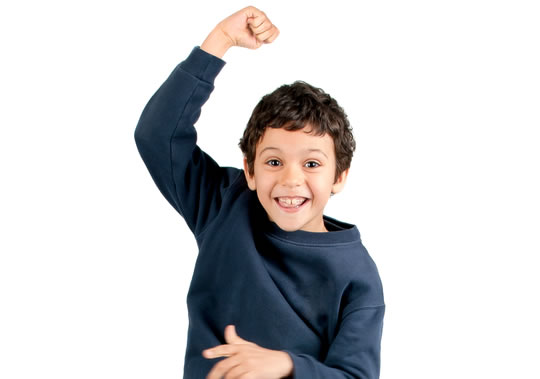 Study overturns long-held belief about how to treat kids with ADHD.

Kids with ADHD often tap their feet, swing their legs and generally move around a lot.

This has often been considered behaviour that needs to be curbed.

New research finds, though, that excessive movement is key to their memory and helps them work on difficult cognitive tasks.

This suggests that traditional approaches to ADHD may be misguided.

Professor Mark Rapport, head of the Children’s Learning Clinic at the University of Central Florida, and one of the study’s authors, said:

It’s exactly the opposite of what we should be doing for a majority of children with ADHD.

The message isn’t ‘Let them run around the room,’ but you need to be able to facilitate their movement so they can maintain the level of alertness necessary for cognitive activities.”

The study involved 52 boys, 29 of whom were diagnosed with ADHD.

All were asked to perform a series of tasks to check their working memory.

Working memory is vital to how we reason, learn and understand the world.

For example, the children had to sort out a series of letters and numbers.

While they performed the task, the children were observed and taped.

Professor Rapport explained that children with ADHD performed better when they moved around:

“What we’ve found is that when they’re moving the most, the majority of them perform better.

They have to move to maintain alertness.”

In contrast, children without ADHD performed worse when they moved around more.

The results tie in with a previous study finding that the excessive movement of hyperactive children is linked to their thinking.

When they are not thinking hard, they don’t move around so much.

The new study was published in the Journal of Abnormal Child Psychology (Sarver et al., 2015).