Creativity Boost From Method That May Also Treat Depression 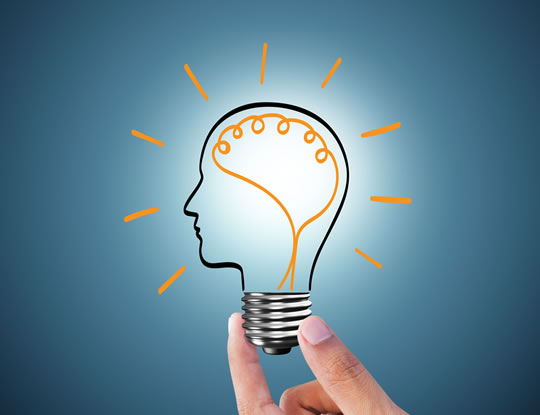 New method found to increase creativity and could be used to treat depression.

A small amount of electricity applied to the brain can increase creativity, a new study finds.

Electricity applied at the correct frequency to the scalp can enhance the brain’s natural alpha rhythms.

Dr Flavio Frohlich, PhD, one of the study’s authors, said:

“We’ve provided the first evidence that specifically enhancing alpha oscillations is a causal trigger of a specific and complex behavior — in this case, creativity.

But our goal is to use this approach to help people with neurological and psychiatric illnesses.

For instance, there is strong evidence that people with depression have impaired alpha oscillations.

If we could enhance these brain activity patterns, then we could potentially help many people.”

The researchers are now running studies to test the effect on depression.

“The fact that we’ve managed to enhance creativity in a frequency-specific way — in a carefully-done double-blinded placebo-controlled study — doesn’t mean that we can definitely treat people with depression.

But if people with depression are stuck in a thought pattern and fail to appropriately engage with reality, then we think it’s possible that enhancing alpha oscillations could be a meaningful, noninvasive, and inexpensive treatment paradigm for them — similar to how it enhanced creativity in healthy participants.”

The research comes as a result of a revolution in how scientists think about alpha waves.

Originally discovered by Hans Berger in 1929, alpha waves are most prominent when we shut off sensory stimuli by, for example, closing our eyes.

But over the past 20 years we’ve developed much better insight.

Our brains are not wasting energy, creating these patterns for nothing.

When the brain is decoupled from the environment, it still does important things.”

For the study, researchers placed two electrodes over the frontal cortex and one at the back.

They found that people were much more creative when the current was applied at the correct frequency of 10 Hertz.

In comparison 40 Hertz oscillations did nothing for people.

“Using 40 Hertz, we saw no effect on creativity.

The effect we saw was specific to the 10-hertz alpha oscillations.

You just have to look at each participant’s test to see these effects.”

Frohlich said, though, that their focus was on finding a treatment for depression:

“There are people that are cognitively impaired and need help, and sometimes there are no medications that help or the drugs have serious side effects.

Helping these populations of people is why we do this kind of research.”

The study was published in the journal Cortex (Lustenberger et al., 2015).