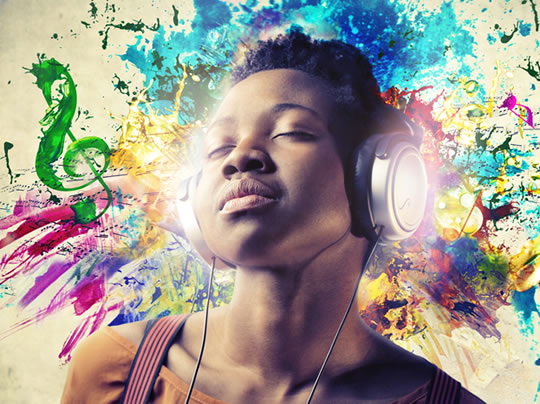 How 20 minutes of Mozart affects the expression of genes vital to learning, memory and more…

Listening to classical music enhances the activity of genes involved in learning and memory, a new study finds.

At the same time it reduces the activity of genes involved in neurodegeneration.

It is the first study to show how music affects the transcription of genes across the whole genome.

Transcription is the first step in how genes are expressed — in other words, how our genetic code is turned into proteins.

The study helps to explain the widespread effects of music on the brain.

Music has considerable power to enhance memory, cognitive performance and development, not to mention the emotions.

For the study, 48 participants listened to Mozart’s Violin Concerto No. 3 in G major, K.216:

Blood samples were taken just before they listened to it and just after.

To provide a comparison group, some of the same people also had blood samples taken before and after a non-musical activity on another occasion.

The results showed that classical music enhanced the activity of genes involved in synaptic neurotransmission and dopamine secretion, both of which are important to memory and learning.

On top of this, classical music reduced the activity of genes that are known to be involved in diseases like Parkinson’s.

However, the effects were only seen in musically experience people.

“The effect was only detectable in musically experienced participants, suggesting the importance of familiarity and experience in mediating music-induced effects.”

Some of the genes that were affected by classical music suggest an evolutionary affinity with songbirds, Dr. Järvelä suggested:

“The up-regulation of several genes that are known to be responsible for song learning and singing in songbirds suggest a shared evolutionary background of sound perception between vocalizing birds and humans.”

The study was published in the journal PeerJ (Kanduri et al., 2015).