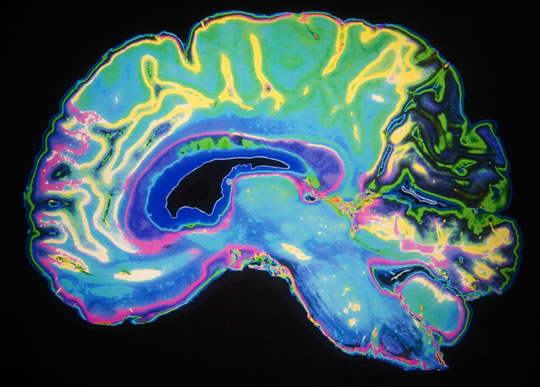 Potential new treatment for Alzheimer’s and other cognitive disorders.

A life-extending protein called ‘klotho’ can increase learning and memory and ward off Alzheimer’s a new study reports.

Scientists at the University of California and the Gladstone Institutes have found that increasing the levels of klotho boosted learning and cognition in mice with Alzheimer’s toxins in their brains.

Klotho is an enzyme that naturally occurs in humans which is thought to be involved in the ageing process.

It takes its name from the entity in Greek mythology called ‘Clotho’, who was one of the ‘fates’ who were supposed to control the thread of people’s lives.

“It’s remarkable that we can improve cognition in a diseased brain despite the fact that it’s riddled with toxins.

In addition to making healthy mice smarter, we can make the brain resistant to Alzheimer-related toxicity.

Without having to target the complex disease itself, we can provide greater resilience and boost brain functions.”

For the research, published in The Journal of Neuroscience, neuroscientists bred mice which had Alzheimer’s disease, but also had high levels of the klotho protein throughout their bodies (Dubal et al., 2015).

Normally mice with Alzheimer’s die earlier, have cognitive problems and abnormal brain activity, just like humans with the disease.

These mice, though, behaved normally and did not die prematurely.

Apparently the Klotho protein counteracted the effects of the Alzheimer’s disease.

Scientists are not yet sure why the klotho protein has these effects.

One theory is that klotho affects a neurotransmitter receptor in the brain called NMDA, which is crucial to learning and memory.

Professor Lennart Mucke, one of the study’s authors, said:

“We are encouraged in this regard by the strong similarities we found between klotho’s effects in humans and mice in our earlier study.

We think this provides good support for pursuing klotho as a potential drug target to treat cognitive disorders in humans, including Alzheimer’s disease.”