Meditation’s Widespread Effect on How The Brain Ages 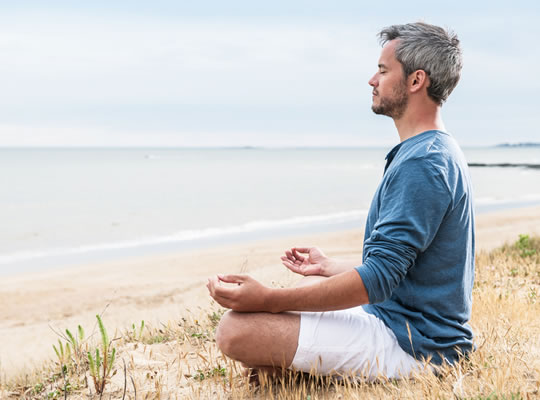 Study shows how meditation affects the brain’s gray matter in the long-term.

From around the late twenties, people’s brains start to reduce in size and weight.

With these changes come worse memory, slower processing and the other cognitive changes associated with age.

The study, published in Frontiers in Psychology, imaged the brains of 50 meditators and 50 non-meditators, who were aged between 24 and 77 (Luders et al., 2015).

They found that older people who meditated had preserved more gray matter.

Dr. Florian Kurth, a co-author of the study, explained:

“We expected rather small and distinct effects located in some of the regions that had previously been associated with meditating.

Instead, what we actually observed was a widespread effect of meditation that encompassed regions throughout the entire brain.”

The image below shows the areas of the brain (in red) which had lost tissue with age.

The top row is non-meditators and the bottom row is meditators. 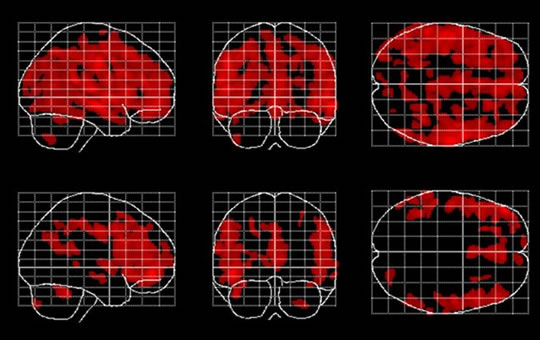 Meditators in the study had been doing so for an average of 20 years, with the range from 4 up to 46 years.

Because of the design of the study, it’s not strong evidence that meditation causes these differences, but Dr. Eileen Luders, the study’s first author, said:

“Still, our results are promising.

Hopefully they will stimulate other studies exploring the potential of meditation to better preserve our aging brains and minds.

Accumulating scientific evidence that meditation has brain-altering capabilities might ultimately allow for an effective translation from research to practice, not only in the framework of healthy aging but also pathological aging.”