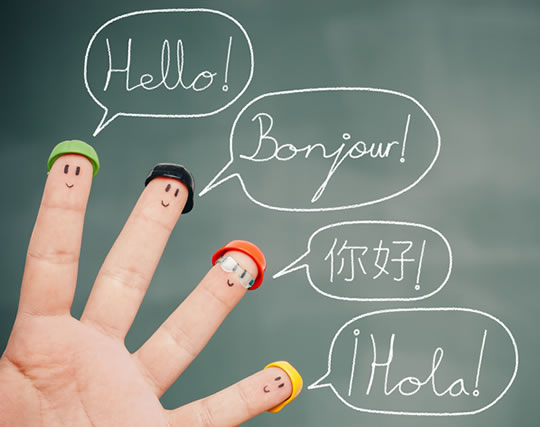 Boost language learning with this tip.

The motor system, the part of the brain controlling movements, seems to be particularly important in language learning.

While many language learning systems already incorporate pictures to help people learn, this is one of the first studies to show the importance of gesture.

In the experiment, published in the journal Current Biology, participants tried to learn a made-up language called ‘Vimmish’, chosen so that people would never have heard it before (Mayer et al., 2015).

Groups were taught Vimmish, which sounds a bit like Italian, in a variety of ways to test which promoted the best recall.

“The subjects’ recollection was best in relation to terms they themselves had expressed using gestures.

When they heard the term and its translation and also observed a corresponding image, they were also better able to remember the translation.

By contrast, however, tracing a term or observing a gesture was no better than just hearing the term,”

The researchers found that gestures were slightly more helpful than images in helping people learn vocabulary.

The multisensory theory, which is supported by this study, is that the more senses are stimulated during learning, the better recall will be.

“If we’re on the phone with someone we know, for example, the areas of the brain responsible for facial recognition are active during the phone call.

It seems that the brain simulates the information not being captured by the eyes and creates it for itself,”

It may be that when different areas of the brain are recruited during learning, this helps memory.

“That could well be so, but we don’t know how much the learning outcomes improve with the addition of more senses.

Ideally, however, the individual sensory impressions should match one another.

In other words, to learn the Spanish word for apple, the subject should make an apple gesture, taste an apple or look at a picture of an apple.