The Personality Factor That Makes Some Violent Criminals So Dangerous 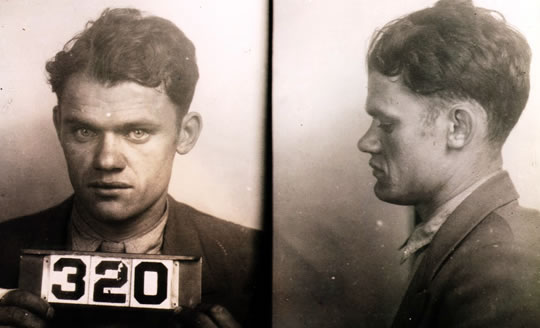 Why some violent criminals are more likely than others to offend again.

Violent offenders who are also psychopaths are so dangerous because their brains do not learn normally from either punishments or rewards, a new study finds.

Published in The Lancet Psychiatry, the research scanned the brains of violent offenders, some of whom were psychopaths, others not (Gregory et al., 2015).

Psychopaths had smaller brain areas related to empathy and the processing of emotions like guilt, embarrassment and moral reasoning.

Dr Nigel Blackwood, one of the study’s authors, said:

“Psychopathic offenders are different from regular criminals in many ways.

Regular criminals are hyper-responsive to threat, quick-tempered and aggressive, while psychopaths have a very low response to threats, are cold, and their aggression is premeditated.

Evidence is now accumulating to show that both types of offenders present abnormal, but distinctive, brain development from a young age.”

The offenders had been convicted of very serious offences like attempted murder, murder, rape and grievous bodily harm.

Along with brain scans, the participants were also given a simple image matching task which required them to learn from both rewards and punishments.

“When these violent offenders completed neuropsychological tasks, they failed to learn from punishment cues, to change their behaviour in the face of changing contingencies, and made poorer quality decisions despite longer periods of deliberation.”

Professor Sheilagh Hodgins, who led the study, explained its implications:

“Most individuals do not walk in front of buses as they can imagine the horrible consequences if the bus hits them.

Offenders do not walk in front of buses either, suggesting that they also learn from punishment, nor do they show less sensitivity to punishment than others.

In childhood, both psychopathic and non-psychopathic offenders alike are repeatedly punished by parents and teachers for breaking rules and for assaulting others, and from adolescence onwards, they are frequently incarcerated.

Yet they persist in engaging in violent behaviour towards others.

Thus, punishment does not appear to modify their behaviour.”

The majority of violent offenders, though, are not psychopaths, as Professor Hodgins explained:

“One in five violent offenders is a psychopath.

They have higher rates of recidivism and don’t benefit from rehabilitation programmes.

Our research reveals why this is and can hopefully improve childhood interventions to prevent violence and behavioural therapies to reduce recidivism.”