You Might Be Surprised How Much a Hug Helps Fight Illness, Stress and Depression 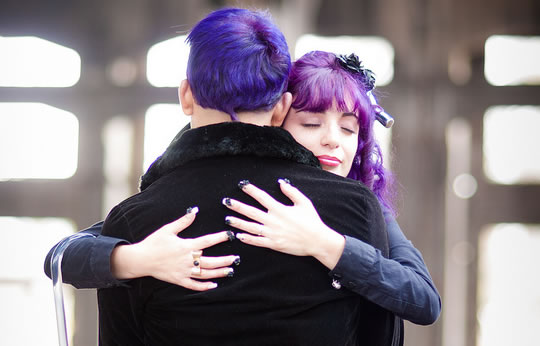 Psychologists go to surprising lengths in new study to show how much a hug can help.

Being hugged reduces the deleterious effects of stress on the body, according to new research which intentionally exposed people to a cold virus.

Hugging acts as a form of social support and protects people from getting sick and even reduces their illness symptoms if they do get sick.

The study, published in the journal Psychological Science, asked 404 healthy adults how much social support they perceived they had from other people (Cohen et al., 2014).

Participants were then exposed to a cold virus in the lab (they were well paid for this: $1,000 each).

Their condition was monitored in quarantine to see if they developed a cold and how severe their symptoms were.

Professor Sheldon Cohen, who led the study, explained its rationale:

“We know that people experiencing ongoing conflicts with others are less able to fight off cold viruses.

We also know that people who report having social support are partly protected from the effects of stress on psychological states, such as depression and anxiety.

We tested whether perceptions of social support are equally effective in protecting us from stress-induced susceptibility to infection and also whether receiving hugs might partially account for those feelings of support and themselves protect a person against infection.”

The results showed that people who were hugged more often or who perceived they had greater social support were less likely to catch the cold in the first place.

Those who did get a cold had less severe symptoms if they were hugged more and felt supported socially.

The apparent protective effect of hugs may be attributable to the physical contact itself or to hugging being a behavioral indicator of support and intimacy.

Either way, those who receive more hugs are somewhat more protected from infection.”