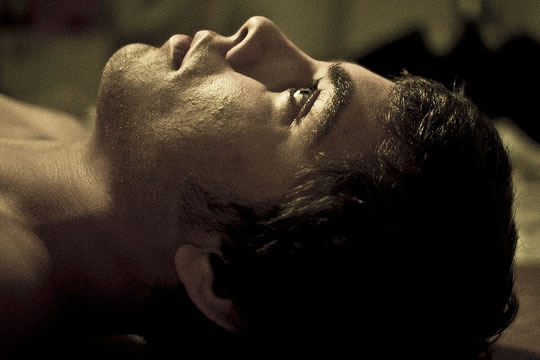 Study finds that these devices damage people’s sleep and may worsen their health.

Using e-readers, like an iPad, that emit blue light can disrupt both sleep and general health if read before bedtime, a new study concludes.

Researchers at Brigham and Women’s Hospital compared the effects of reading an iPad in the hours before sleep with reading a traditional paper book.

“We found the body’s natural circadian rhythms were interrupted by the short-wavelength enriched light, otherwise known as blue light, from these electronic devices.

Participants reading an LE-eBook took longer to fall asleep and had reduced evening sleepiness, reduced melatonin secretion, later timing of their circadian clock and reduced next-morning alertness than when reading a printed book.”

In the two-week long study, published in the Proceedings of the National Academy of Sciences, 12 people read an iPad or a printed book for four hours before bedtime over five consecutive nights (Chang et al., 2014).

When people read the iPad they felt less sleepy in the evening, spent less time in rejuvenating REM sleep and their bodies produced less of the sleep-inducing hormone melatonin.

After eight hours sleep, the iPad readers were less alert and felt sleepier.

The results are likely not specific to the iPad, but apply to any devices which emit blue light, like LED monitors, cell phones and laptops.

E-readers such as the original Kindle, which does not emit light, are probably fine.

Professor Charles Czeisler, a distinguished sleep researcher and one of the study’s authors, said:

“In the past 50 years, there has been a decline in average sleep duration and quality.

Since more people are choosing electronic devices for reading, communication and entertainment, particularly children and adolescents who already experience significant sleep loss, epidemiological research evaluating the long-term consequences of these devices on health and safety is urgently needed.”