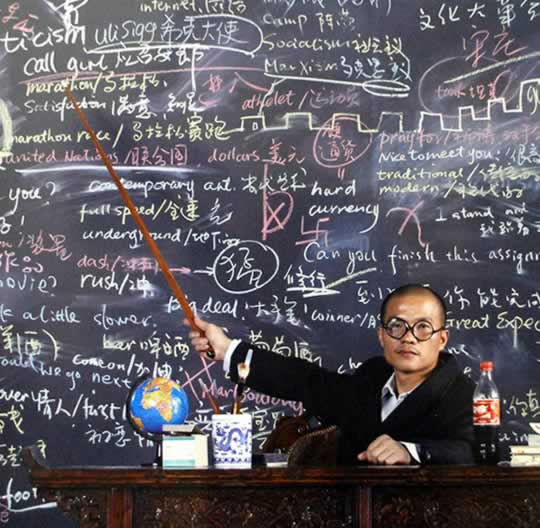 How learning a new language changes the brain.

Learning a new language improves both the brain’s structure and its function, whatever your age, new studies find.

Professor Ping Li, who led the study, published in the Journal of Neurolinguistics, said:

“Learning and practicing something, for instance a second language, strengthens the brain.

Like physical exercise, the more you use specific areas of your brain, the more it grows and gets stronger.”

In one study, researchers followed 39 English-speakers as they tried to learn some Chinese over six weeks (Yang et al., 2014).

Their brains were scanned before and afterwards to measure anatomical and functional changes in the brain.

These scans were compared with those of a control group.

The results demonstrated that those who successfully retained the information had more efficient neural networks across important functional areas (below).

A second study, which Professor Li was also involved in, found that second language learning resulted in changes in the brain across all age-groups (Li et al., 2014).

Whether children, adults, or the elderly, learning another language causes rapid improvements in gray matter density and white matter integrity.

“A very interesting finding is that, contrary to previous studies, the brain is much more plastic than we thought.

We can still see anatomical changes in the brain [in the elderly], which is very encouraging news for aging.

And learning a new language can help lead to more graceful aging.”

• Read on: 10 Benefits of Learning a Second Language