How To Grow Muscles Without Lifting Weights 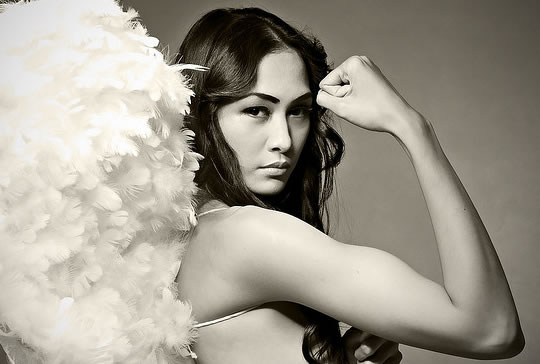 Has your dream come true: a six-pack without moving a muscle?

Simply imagining exercising muscles can have a similar effect to hitting the gym, a new study finds.

Although mental imagery has long been used in sports, this is the first study to show that mental imagery can slow or even stop muscle loss resulting from inactivity.

“We wanted to tease out the underlying physiology between the nervous system and muscles to better understand the brain’s role in muscle weakness.”

In the study, published in the journal Neurophysiology, healthy people had their hands and wrists immobilised in a cast for four weeks (Clark et al., 2014).

During this time one group did no exercise, while another imagined strong muscle contractions in their wrists.

They did this for just 11 minutes, five times a week.

The other groups just sat still for the same amount of time.

“What our study suggests is that imagery exercises could be a valuable tool to prevent or slow muscles from becoming weaker when a health problem limits or restricts a person’s mobility.

The most impactful finding, however, is not the direct clinical application, but the support that this work provides for us to better understand the critical importance of the brain in regulating muscle strength.

This information may fundamentally change how we think about muscle weakness in the elderly.”

While this study focused on rehabilitation after injury, we know from previous research that muscle strength can also be built up with imagery alone.

Researchers at the Cleveland clinic have shown that muscle strength can be improved by up to 35% with just mental imagery training (Ranganathan et al., 2003).