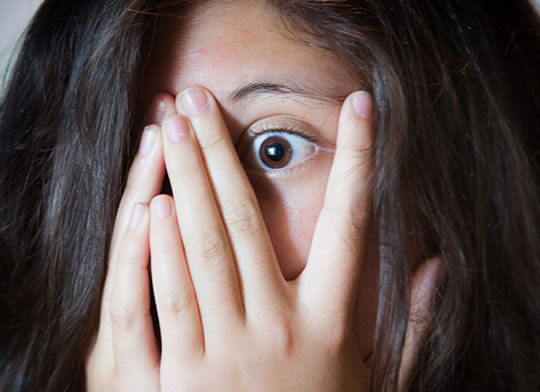 People who suffer from moderate to severe anxiety have double the risk of developing Alzheimer’s disease, a new study finds.

Canadian researchers examined 376 people between the ages of 55 and 91 with ‘mild cognitive impairment’, and their chances of going on to develop Alzheimer’s disease (Mah et al., 2014).

Participants were followed over three years and their progress was monitored every six months.

While depression has already been identified as a risk factor for developing Alzheimer’s, this is the first study to implicate anxiety separately.

People with mild cognitive impairment — which can turn into dementia — are regularly screened for depression, but not for anxiety.

“Our findings suggest that clinicians should routinely screen for anxiety in people who have memory problems because anxiety signals that these people are at greater risk for developing Alzheimer’s.”

Greater levels of anxiety were also linked to shrinkage in areas of the brain that are crucial for the formation of memories (the medial temporal lobe regions).

Dr Mah speculated that treating the anxiety might also reduce the risk of Alzheimer’s:

“While there is no published evidence to demonstrate whether drug treatments used in psychiatry for treating anxiety would be helpful in managing anxiety symptoms in people with mild cognitive impairment or in reducing their risk of conversion to Alzheimer’s, we think that at the very least behavioural stress management programs could be recommended.

In particular, there has been research on the use of mindfulness-based stress reduction in treating anxiety and other psychiatric symptoms in Alzheimer’s –and this is showing promise.”