This is How Exercise Protects You From Stress-Induced Depression 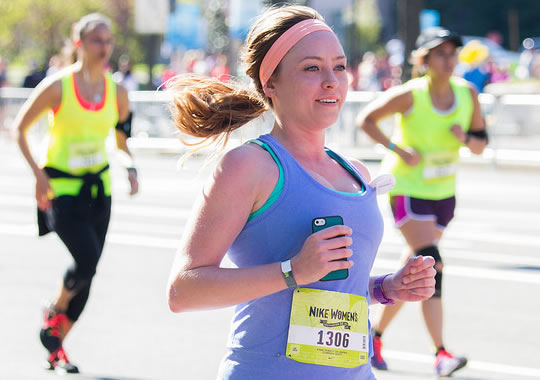 On top of its physical benefits, exercise has a huge range of psychological benefits — but until now it was not known how or why exercise is so beneficial.

Now, a new study has uncovered how exercise protects the brain from stress-related depression.

These changes help to purge the blood of substances harmful to the brain which build up during stress.

Their conclusions, published in the journal Cell, come from a study of mice which were bred with high levels of a particular protein which is elevated by exercise, called PGC-1a1 (Agudelo et al., 2014).

This super-race of well-muscled ‘gym mice’ were then exposed to stress, as were a batch of normal mice.

Both were given the mouse equivalent of five really bad weeks at the office: they had their sleep disrupted, lights flashed at them and loud noises piped into their cages.

After the five weeks were over, both groups of mice were tested for depressive behaviour.

While the normal mice showed signs of depression, the gym mice behaved absolutely normally, as though nothing had happened.

“Our initial research hypothesis was that trained muscle would produce a substance with beneficial effects on the brain.

We actually found the opposite: well-trained muscle produces an enzyme that purges the body of harmful substances.

So in this context the muscle’s function is reminiscent of that of the kidney or the liver.”

It is these enzymes that convert the substance formed during stress (kynurenine) into an acid, which cannot pass the blood-brain barrier.

Even injecting the gym mice with kynurenine couldn’t make them depressed, as their KAT enzymes produced by their muscles quickly converted it to a more harmless substance.

“It’s possible that this work opens up a new pharmacological principle in the treatment of depression, where attempts could be made to influence skeletal muscle function instead of targeting the brain directly.

Skeletal muscle appears to have a detoxification effect that, when activated, can protect the brain from insults and related mental illness.”

• Read on: 20 Wonderful Effects Exercise Has on the Mind