Eating This For Breakfast Reduces Food Cravings Later in The Day 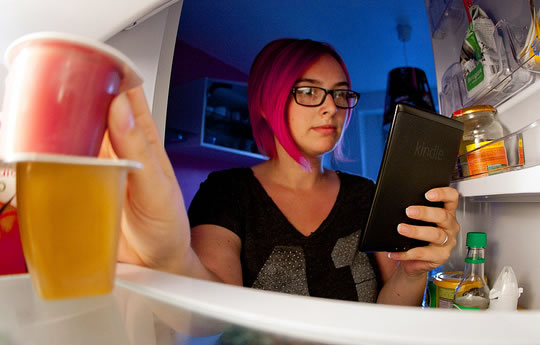 What you should eat for the ‘most important meal of the day’.

The research comes as the Centers for Disease Control and Prevention (CDC) reports that many teens skip breakfast and adolescent obesity has quadrupled in the last 30 years.

The study looked at how different breakfasts affected the levels of the critical neurotransmitter, dopamine (Hoertel et al., 2014).

Dopamine is involved in how we process rewards, including cravings for food.

When you eat, a burst of dopamine is initiated, which gives you the feelings of reward.

Dr. Leidy explained how this relates to obesity:

“Dopamine levels are blunted in individuals who are overweight or obese, which means that it takes much more stimulation — or food — to elicit feelings of reward; we saw similar responses within breakfast-skippers.

To counteract the tendencies to overeat and to prevent weight gain that occurs as a result of overeating, we tried to identify dietary behaviors that provide these feelings of reward while reducing cravings for high-fat foods.

Eating breakfast, particularly a breakfast high in protein, seems to do that.”

This is particularly important, Dr. Leidy, given the rising levels of obesity:

“In the U.S., people are skipping breakfast more frequently, which is associated with food cravings, overeating and obesity.

“It used to be that nearly 100 percent of American adults, kids and teens were eating breakfast, but over the last 50 years, we have seen a decrease in eating frequency and an increase in obesity.”