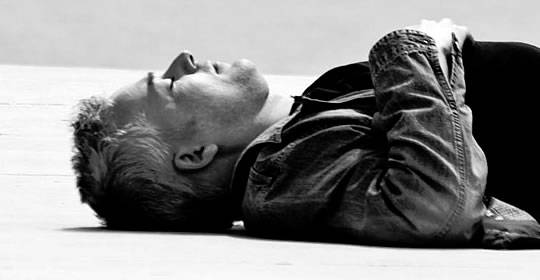 New sleep centre discovered and neuroscientists succeed in turning it on and off using a virus.

A circuit in the brain that promotes deep sleep, which reinvigorates the brain from its daily activities, has been identified for the first time by neuroscientists using an innovative new method.

The ‘sleep-node’ — the second to be discovered — lies deep in the ancient part of the brain and is vital in sending us off into a ‘slow-wave’ or deep sleep, which is one of the stages of sleep we cycle through during the night.

The area is in the parafacial zone (PZ) in the brain stem, and it produces half of all the brain’s sleep-promoting activity.

Neuroscientists used a sophisticated new approach to turn this region of the brain on and off in mice (Anaclet et al., 2014).

Patrick Fuller, one of the study’s authors, explains:

“To get the precision required for these experiments, we introduced a virus into the PZ [parafacial zone] that expressed a ‘designer’ receptor on GABA neurons only but didn’t otherwise alter brain function.

When we turned on the GABA neurons in the PZ, the animals quickly fell into a deep sleep without the use of sedatives or sleep aids.”

Christelle Ancelet, another of the study’s authors, said:

Before these tools were developed, we often used ‘electrical stimulation’ to activate a region, but the problem is that doing so stimulates everything the electrode touches and even surrounding areas it didn’t.

It was a sledgehammer approach, when what we needed was a scalpel.”

Caroline E. Bass, another of the study’s authors, commented:

“We are at a truly transformative point in neuroscience, where the use of designer genes gives us unprecedented ability to control the brain.

We can now answer fundamental questions of brain function, which have traditionally been beyond our reach, including the ‘why’ of sleep, one of the more enduring mysteries in the neurosciences.”

The scientists hope the findings will eventually lead to new treatments for sleep disorders like insomnia.