Human Children Grow Up So Slowly Due to Large Brains, Study Finds 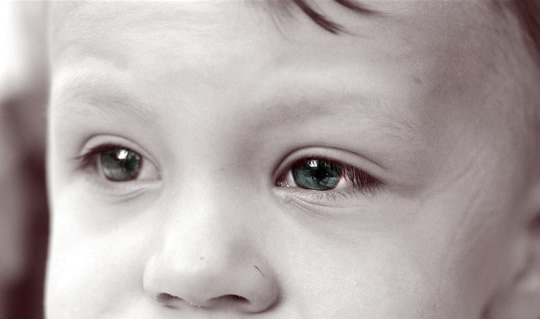 Why children grow at the pace of reptiles rather than mammals.

In comparison to many other closely-related species, the human child takes a long time to grow up and requires a correspondingly high degree of parental investment.

Human infants are more like reptiles than mammals in the amount of time it takes for them to reach maturity.

A new study finds that one reason is the enormous amount of energy that the brain requires as it grows.

Christopher Kuzawa, first author of the study published in the journal Proceedings of the National Academy of Sciences, explained:

“Our findings suggest that our bodies can’t afford to grow faster during the toddler and childhood years because a huge quantity of resources is required to fuel the developing human brain.

As humans we have so much to learn, and that learning requires a complex and energy-hungry brain.”

The study reached this conclusion by pooling data from MRI and PET studies which measure both the brain’s volume and its glucose uptake (Kuzawa et al., 2014).

These show that at the moment when children’s bodies grow the least — on average, at four-years-old — their brains are eating up the highest percentage of glucose.

At four-years-old, that means 40% of the child’s total energy expenditure is being used by its brain.

The findings support the theory that children take so long to mature because of the energy-intensive task of growing a massively over-sized brain.

“After a certain age it becomes difficult to guess a toddler or young child’s age by their size.

Instead you have to listen to their speech and watch their behavior. Our study suggests that this is no accident.

Body growth grinds nearly to a halt at the ages when brain development is happening at a lightning pace, because the brain is sapping up the available resources.”

“The mid-childhood peak in brain costs has to do with the fact that synapses, connections in the brain, max out at this age, when we learn so many of the things we need to know to be successful humans.”