Why You Should Talk To Strangers 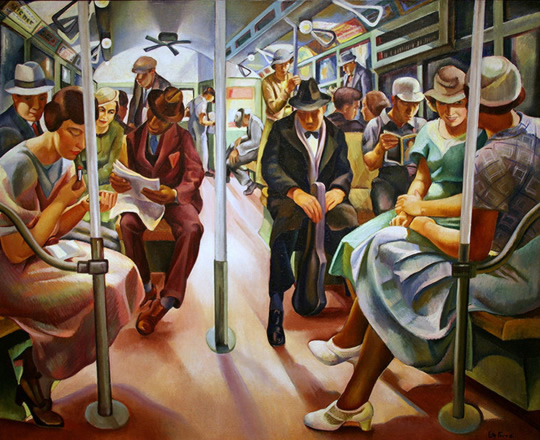 Study asked some commuters to make an effort to speak to strangers, while others sat in solitude.

Everyone has a scare-story about the results of opening up and talking to strangers.

There’s the one about the guy who treats a polite hello as permission to spew out his whole life-story or the woman who looks personally offended and turns her back.

Especially when commuting with others on public transport, it often seems to safer to stay in your bubble of solitude.

Are we right to be quite so wary, though?

According to a new study by shunning the company of strangers we could be missing out on a vital little lift to our day (Epley & Schroeder, 2014).

Across nine separate experiments, researchers at the University of Chicago Booth School of Business, asked ordinary commuters on public transport to either:

The fact that this was the opposite of what they expected is fascinating. Epley continued:

Why it’s good for you to be civil

“Being civil toward distant others or random strangers is typically believed to benefit others—society at large or those who are befriended.

The results of our experiments, however, join a growing body of research suggesting positive consequences of prosociality for oneself.

Whether it is spending money on others versus oneself, behaving equitably rather than selfishly, or expressing gratitude versus disdain, prosociality seems not only to benefit others but also to benefit oneself.

On an increasingly crowded planet, misunderstanding the benefits of social engagement could be increasingly problematic.

At least in this respect, the hedonist who seeks happiness and the idealist who seeks civility should choose the same path.” (Epley & Schroeder, 2014).