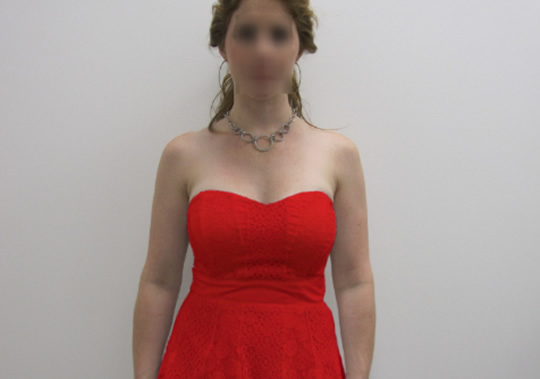 New study shows that everyone knows what wearing red means, so watch out!

Red is very much in fashion in psychology at the moment.

Last year PsyBlog reported on the exciting news that women are more likely to wear red or pink dresses at the most fertile time of the month.

On the other side, as it were, other research has shown that men think that women wearing red is a sign of sexual receptivity.

For example: do women notice that their man has noticed that another woman is wearing some red apparel and, therefore, get all protective and jealous?

I’m happy to say, thanks to a new study published in the Personality and Social Psychology Bulletin, we now have the answers (Pazda et al., 2014).

They showed women pictures of other women dressed in dresses of either green or red (see above).

Then they tested for signs of either ‘derogation’ or ‘mate-guarding’.

“Derogation [involves] speaking poorly of another person to make them seem inferior, undesirable, or unlikeable, while making oneself seem superior and more likable by contrast.

Mate-guarding is the act of protecting one’s own romantic partner from romantic or sexual encounters with others.”

The answer: yes, women were more likely to ‘derogate’ and ‘mate-guard’ when the target woman was wearing a red dress.

So there it is.

All you wearers-of-red have been warned about the ticking time-bombs you are draping over your bodies.

Better to play it safe and dress in gray, I say.

Image courtesy of Society for Personality and Social Psychology