How The Brain Processes The Emotions 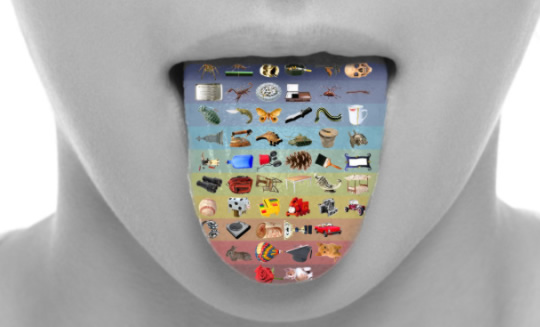 Tastes good? Despite how individual our emotions feel to us, the brain processes them in a remarkably similar way.

The brain translates emotions into a standard code that’s similar across people, a new study finds.

While happiness and sadness might feel quite different to us, the brain actually represents these emotions in a remarkably similar way (Chikazoe et al., 2014).

“We discovered that fine-grained patterns of neural activity within the orbitofrontal cortex, an area of the brain associated with emotional processing, act as a neural code which captures an individual’s subjective feeling.

Population coding of affect across stimuli, modalities and individuals.”

This finding contrasts to the established view which is that there are specific, separate regions in the brain for positive and negative emotions.

In fact, the results of this study suggest, the picture is more subtle.

“If you and I derive similar pleasure from sipping a fine wine or watching the sun set, our results suggest it is because we share similar fine-grained patterns of activity in the orbitofrontal cortex.

It appears that the human brain generates a special code for the entire valence spectrum of pleasant-to-unpleasant, good-to-bad feelings, which can be read like a ‘neural valence meter’ in which the leaning of a population of neurons in one direction equals positive feeling and the leaning in the other direction equals negative feeling,”

To reach these conclusions they had participant rate pictures and tastes while inside a brain scanner.

What they found was that when someone liked a taste, for example, there were specific patterns of activity in the areas associated with taste, along with activity in the orbitofrontal cortices.

This means our sensory experience of the world is very tightly bound up with our emotional response at a fundamental level.

They also found that across different people, there were similar patterns of activation in the orbitofrontal cortices associated with positive and negative emotions.

Anderson thinks this suggests the brain has a standard way of representing the emotions that’s common to different people.

“Despite how personal our feelings feel, the evidence suggests our brains use a standard code to speak the same emotional language.”