Promises: The Psychology of Making, Breaking or Exceeding Them 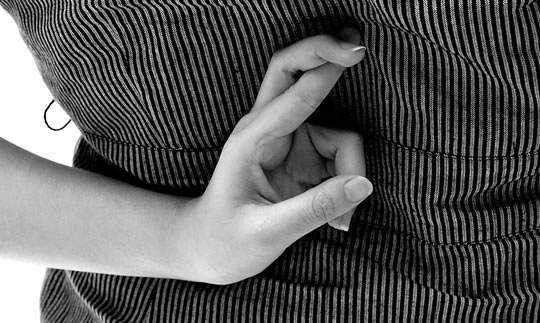 What our attitudes to promises reveal about a fair society.

Although keeping your promises is vital to being seen positively, exceeding them may be a waste of time, according to new research.

The findings come from a study published in the journal Social Psychological and Personality Science (Gneezy & Epley, 2014).

Ayelet Gneezy of the University of California, San Diego, explained that the study was inspired by early experiences with Amazon’s delivery practices.

Although they usually delivered earlier than promised, Gneezy explained that he felt no extra appreciation.

Together with Nicholas Epley of the University of Chicago Booth School, they ran a series of experiments to see how people reacted to promises that were broken, fulfilled or exceeded.

They tested it out by both having people remember promises that were broken, fulfilled or exceeded and, in another experiment, by having them take part in puzzle-solving sessions in which another person promised to help them.

In each of four experiments they reached a consistent conclusion: people were naturally irritated when the promise was broken, but it made little or no difference whether the promises were merely fulfilled or exceeded.

“I was surprised that exceeding a promise produced so little meaningful increase in gratitude or appreciation.

I had anticipated a modest positive effect what we actually found was almost no gain from exceeding a promise whatsoever.”

This may show how much we value a promise that is kept. Epley continued:

“Keeping a promise is valued so highly, above and beyond its ‘objective’ value.

When you keep a promise, not only have you done something nice for someone but you’ve also fulfilled a social contract and shown that you’re a reliable and trustworthy person.”

Epley says there are two lessons to learn from the study:

“First, maintaining good relations with other people does not require a superhuman effort.

Do what you promise you’ll do, and people are grateful.

You don’t need to be Superman and go above and beyond your promises in order to be appreciated by other people.

“Second, if you do put in the superhuman effort to do more than you promised, don’t get angry when other people don’t seem to appreciate the extra work you put in.

They’re not inherently ungrateful or unappreciative — they’re only human.”

It may be that this reflects an unwritten rule of society.

The authors describe another study in which participants played a game called ‘Dictator’ where people could punish or reward others depending on their social behaviour within the game.

“…participants punished others for being selfish, but rewarded them equally for being fair or generous.

Placing a premium on fairness, but no additional benefit for generosity, may represent a more general pattern of behavior in a social system designed to enable cooperation among unrelated individuals.” (Gneezy & Epley, 2014).

This doesn’t mean there’s anything wrong with being generous; rather it could mean that humans have a very high regard for fairness, which explains why generosity sometimes has little extra influence.