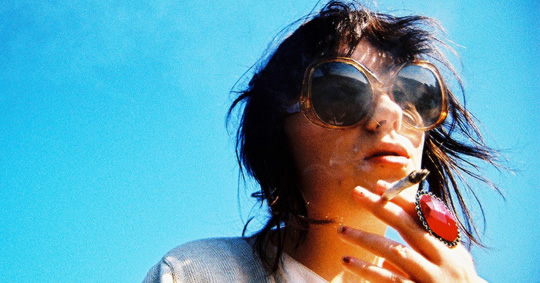 The researchers discovered that after being given the main psychoactive ingredient in cannabis, THC (Δ9-tetrahydrocannabinol), participants became anxious, developed low self-esteem and experienced unsettling changes to their perceptions (Freeman et al., 2014).

“The study very convincingly shows that cannabis can cause short-term paranoia in some people.

But more importantly it shines a light on the way our mind encourages paranoia.

Paranoia is likely to occur when we are worried, think negatively about ourselves, and experience unsettling changes in our perceptions.”

There were 121 people taking part in the study, none of whom were suffering from mental illness, but who had used cannabis before.

The amount was equivalent to a strong joint.

Half the people who were given the drug experienced paranoid thoughts, compared with 30% in the control group.

On top of this there were a variety of other psychological effects of the THC:

When they looked at the results statistically, they were able to estimate what was causing the paranoia.

It turned out that it wasn’t a poorer memory:

Working memory changes did not lead to paranoia.

Making participants aware of the effects of THC had little impact.”

The scientists think the study of how cannabis causes paranoia will help the treatment of mental disorders which included delusional states, like schizophrenia:

“The clear clinical implication is that reducing negative emotion in patients with delusions, eg, by reducing the tendency to worry, testing out anxious fears, and increasing self-confidence, will lead to improvements in paranoia.

Also, the identification, normalization, and reduction of subtle anomalies of experience (eg, by reducing triggers and learning to tolerate the confusing sensory experiences) are clinically warranted.” (Freeman et al., 2014).

Fascinatingly, some people in the control group who were given a placebo also acted stoned, and it was difficult to tell the difference Freeman explained:

They were convinced they were stoned, and acted accordingly.

Because at the time we didn’t know who had been given the drug, we assumed they were high too.”