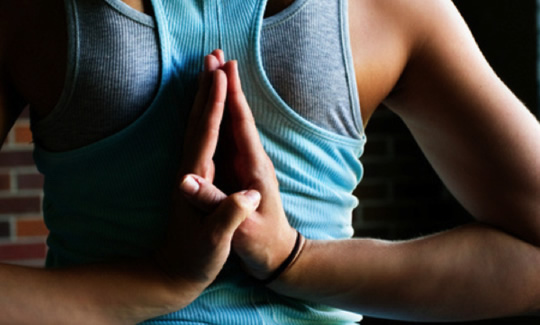 How yoga affects the body’s biology.

Three months of yoga practice is enough to reduce inflammation and fatigue in breast cancer survivors, a study has found (Kiecolt-Glaser et al., 2014).

Even 3 months after the yoga practice had ended, participants were reporting 57% less fatigue and 20% less inflammation in comparison to a non-yoga group.

The study’s lead author, Janice Kiecolt-Glaser, who is professor of psychiatry and psychology at Ohio State University, said:

“This showed that modest yoga practice over a period of several months could have substantial benefits for breast cancer survivors.

We also think the results could easily generalize to other groups of people who have issues with fatigue and inflammation.”

The study, which is published in the Journal of Clinical Oncology, is the largest yet to look at the biological effects of yoga.

Two hundred women who had been through breast cancer treatment attended 90 minutes of yoga twice a week for three months.

Kiecolt-Glaser explained the reasoning behind focusing on breast cancer survivors:

“One of the problems they face is a real reduction in cardiorespiratory fitness.

The treatment is so debilitating and they are so tired, and the less you do physically, the less you’re able to do.

“That’s one reason we think there are higher levels of inflammation in cancer survivors, meaning that an intervention that reduces inflammation could potentially be very beneficial.”

Along with the boost to vitality and drop in fatigue, the researchers also found remarkable biological changes.

Those who’d been practicing yoga had lower levels of proteins which are markers of inflammation.

In comparison to the non-yoga group:

“We were really surprised by the data because some more recent studies on exercise have suggested that exercise interventions may not necessarily lower inflammation unless people are substantially overweight or have metabolic problems.

In this group, the women didn’t lose weight, but we saw really marked reductions in inflammation.

So this was a particularly striking finding biologically.”

Why does yoga work?

Yoga may be beneficial for all sorts of reasons, Kiecolt-Glaser explains:

“Yoga has many parts to it — meditation, breathing, stretching and strengthening.

We think the breathing and meditation components were really important in terms of some of the changes we were seeing.

We think improved sleep could be part of the mechanism of what we were seeing.

When women were sleeping better, inflammation could have been lowered by that.

Reducing fatigue enables women to engage in other activities over time.

So yoga may have offered a variety of benefits in addition to the yoga exercises themselves.”