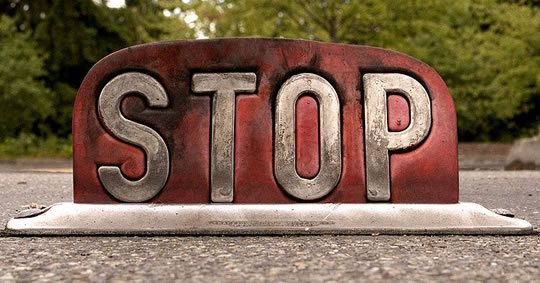 Psychologists find first experimental evidence for new way of getting out of a rut.

It may be possible to deliberately ‘forget’ long-standing habits, according to new experiments carried out at Regensburg University in Germany.

According to this new research, merely telling yourself to forget about the habit after performing it may prove helpful.

This adds to the techniques for changing habits which have support from psychological research.

Two types of these are:

But what about after you’ve performed the habit you want to change? Is there anything you can do then?

In the experiment, participants were taught a habit which involved connections between words and particular responses (Dreisbach & Bäuml, 2014).

Sometimes, though, halfway through learning the habit, participants were casually told to forget what they’d learnt so far.

The results showed that deliberately forgetting about a newly formed habit affected how that habit was performed.

When people were told to forget that habit, they duly did as they were told.

Naturally, this study only tests the procedure in controlled laboratory conditions, rather than in everyday life.

Also, the habits were newly formed, rather than long-standing.

Nevertheless, the technique could prove a useful addition to the other methods of habit change that are well-established.