Magic Mushrooms: How They Affect the Brain’s Emotion Centres 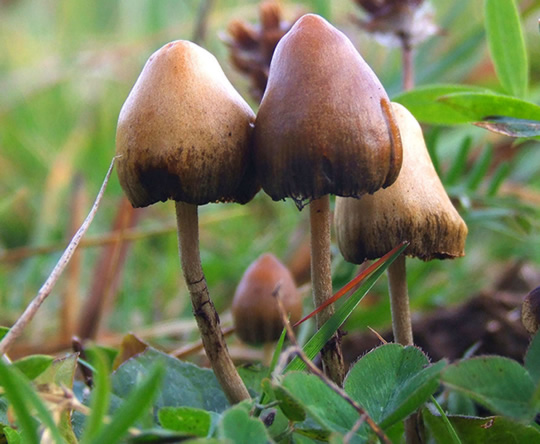 Could psilocybin one day be used as an effective anti-depressant?

Swiss researchers have shown that psilocybin, the bioactive component in ‘magic mushrooms’, influences the emotional centres of the brain, weakening the effect of negative emotions.

The hallucinogen has long been advocated by some as a treatment for various mental disorders, and this new study provides evidence of how it might work.

In the study, 25 healthy participants were given a moderate dose of psilocybin before having their brains scans (Krähenmann et al., 2014).

Inside the scanner, and with the hallucinogen acting on their brains, participants were shown pictures which are designed to elicit an emotional reaction.

The results of this test were compared with scans taken after a placebo was administered.

“Even a moderate dose of psilocybin weakens the processing of negative stimuli by modifying amygdala activity in the limbic system as well as in other associated brain regions.”

In the study, people’s amygdalas were markedly less reactive to negative stimuli after they had taken psilocybin, compared with the placebo-control condition.

Not only that, but psilocybin put people in a much better mood.

This backs up recent evidence about the dual effects of the drug in decreasing negative emotions and increasing positive emotions:

“…support for the notion that psilocybin may have rapid antidepressant characteristics also comes from a recent clinical trial showing that in patients with depression and anxiety, a single dose of psilocybin improved mood and decreased anxiety for several months.” (Krähenmann et al., 2014).

That said, the effects of psilocybin on depression have not yet been clinically tested.