How Your Name Influences How Believable You Are 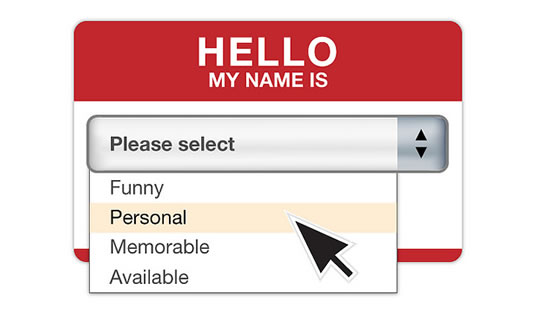 People whose names are more easily pronounced are believed more than those with hard to pronounce names, a new study finds.

This is even true when comparing two foreign people with unfamiliar names: the one that is more easily pronounced is perceived as more believable.

The study was inspired by the idea that we don’t necessarily weigh up the truthfulness of what we hear on an objective basis (Newman et al., 2014).

There are all sorts of psychological biases going on which influence how we perceive what we are told.

“When we encounter new information, how easy or difficult it is to process plays an important role in all sorts of situations.

For example, research shows people think that food additives with easier names are safer than those with difficult names.”

To the Fred Flintstone parts of our brains, that feeling of familiarity signals something that we can trust, but information that’s difficult to process signals danger.”

For the research, the experimenters looked through newspapers and websites from around the world for pairs of names from various regions.

One example of a pair of names used in the study was ‘Andrian Babeshko’ and ‘Yevgeny Dherzhinsky’.

Participants were asked in one experiment to describe how dangerous a person was, purely on the basis of their name.

In another experiment, participants imagined they were trying to choose the safest tour guide for a trip.

Each time the more easily pronounced name, like ‘Andrian Babeshko’, fared better than the harder of the pair (‘Yevgeny Dherzhinsky’).

Similarly, previous studies have found that people with easier to pronounce names are more likely to be liked, accomplished and even elected.

“What we now know from these results, however, is that the consequences of easy-to-pronounce names reach much further than previously thought.

Just think of the situations in which pronounceability could have a significant impact on people’s lives.

For example, we might ask whether the pronounceability of eyewitnesses’ names influences jury verdicts.”

The authors finish with a reference to a spoof from The Onion, titled “Bush Deploys Vowels to Bosnia“:

“For six years, we have stood by while names like Ygrjvslhv and Tzlynhr and Glrm have been horribly butchered by millions around the world,” Bush said. “Today, the United States must finally stand up and say ‘Enough.’

It is time the people of Bosnia finally had some vowels in their incomprehensible words. The US is proud to lead the crusade in this noble endeavour.”

Said Sjlbvdnzv resident Grg Hmphrs, 67: “With just a few key letters, I could be George Humphries.

This is my dream.”