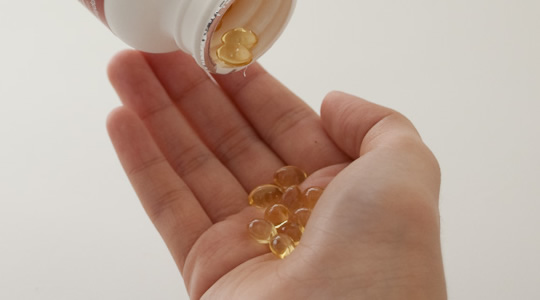 Day-to-day living is one of the greatest challenges for those with Alzheimer’s.

Two recent studies provide evidence of the protective effects of Vitamin E against both mild to moderate Alzheimer’s disease and age-related memory problems.

In the first, 613 patients across 14 centres for veterans in the US who had mild to moderate Alzheimer’s were involved in an experiment to test Vitamin E (Dysken et al., 2014).

Some were randomly assigned to receive Vitamin E and their results were compared with comparison groups.

One of the trial’s co-investigators, Dr. Mary Sano, explained the effects on functional decline, the increasing problems Alzheimer’s sufferers have with day-to-day living:

“This trial showed that vitamin E delays progression of functional decline by 19% per year, which translates into 6.2 months benefit over placebo.”

The study’s authors think that vitamin E can be recommended as standard clinical practice.

This is an encouraging result given that there are few other useful drugs for mild to moderate dementia.

A second study carried out in Finland also provided support for the use of Vitamin E to fight age-related memory problems.

The study, published in the journal Experimental Gerontology, examined 140 people over 65 who did not have any memory problems at the start of the study (Mangialasche et al., 2013).

They were followed up over the next eight years and the researchers found that higher levels of vitamin E in the blood seemed to protect against memory disorders.

The interesting thing about the study was that it looked at different types of vitamin E: there are 8 naturally occurring forms, all of which have antioxidant properties.

Levels of all of these naturally occurring forms were associated with a protective effect against memory problems.

The fact that vitamin E is widely available and relatively inexpensive makes these findings even more practical.