Copper Pinpointed as Main Environmental Cause of Alzheimer’s Disease 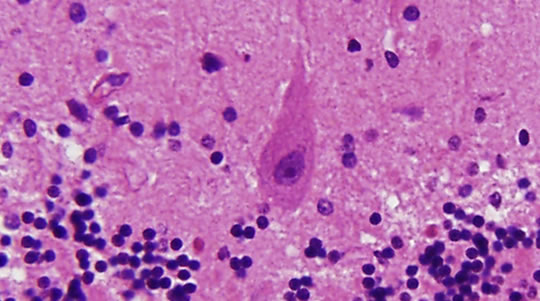 Two pivotal processes affected by copper may hasten the onset and progression of Alzheimer’s.

Copper may be one of the main environmental factors in Alzheimer’s disease, according to recent research which has identified how the metal stops the brain clearing a toxic protein.

The conclusion comes from a study of both mouse and human brain cells and is published in the journal Proceedings of the National Academy of Sciences (Singh et al., 2013).

Dr Rashid Deane of the University of Rochester Medical Center, and one of the study’s lead authors explains:

“It is clear that, over time, copper’s cumulative effect is to impair the systems by which amyloid beta [a toxic protein] is removed from the brain.

This impairment is one of the key factors that cause the protein to accumulate in the brain and form the plaques that are the hallmark of Alzheimer’s disease.”

Amyloid beta is a toxic byproduct of cellular activity which is crucial in the development of the plaques found in the brains of those with Alzheimer’s disease.

The recent study put very low levels of copper into the drinking water of mice over three months, then examined how this affected their brains.

They found that the copper accumulated in the vessels which feed blood to the brain.

The copper then disrupted the removal of amyloid beta from the brain cells.

Researchers confirmed this process in both mouse and human brain cells.

In a second phase of the research, they looked at how copper affected the mice’s brain cells over time.

What they found was that with age the blood-brain barrier became ‘leaky’ so that copper could penetrate the brain.

There it tended to increase the production of amyloid beta.

Together, then, these two processes show that copper can both inhibit the clearance of amyloid beta and stimulate production in the brain.

Since copper is a ubiquitous essential metal that is vital to many bodily functions, it’s not simply a case of cutting it out of the diet.

“Copper is an essential metal and it is clear that these effects are due to exposure over a long period of time. The key will be striking the right balance between too little and too much copper consumption. Right now we cannot say what the right level will be, but diet may ultimately play an important role in regulating this process.”