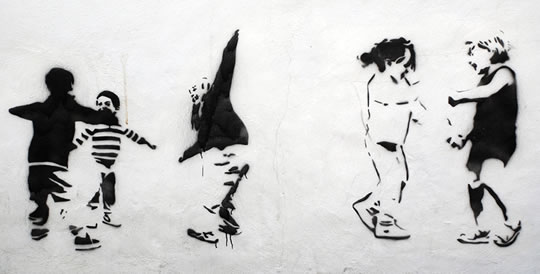 Both singing and playing a musical instrument can improve young children’s behaviour, according to a recent study.

The study found that children who’d been making music were more helpful to each other and had better problem-solving skills than those who’d listened to a story (Davies et al., 2013).

The results shed light on an age-old question: is music just a happy byproduct of the human mind or does it serve some purpose?

To reach this conclusion, the study randomly allocated 24 four-year-olds to two different groups:

Afterwards the children were given tests of both cooperation and helping behaviour.

Some of the results were dramatic: children who’d been in the music group were over 30 times more likely to be helpful than those in the story group.

The findings were also dramatic for cooperation. Children who were in the music group were 6 times more likely to cooperate when tested afterwards.

“This study highlights the need for schools and parents to understand the important role music making has in children’s lives in terms of social bonding and helping behaviours.  Music making in class, particularly singing, may encourage pupils with learning differences and emotional difficulties feel less alienated in the school environment.”

The prosocial function of music

The authors of that study argue that this evidence suggests music is more than just an interesting byproduct of the human mind–in fact it serves important functions:

“One of these functions could have been the maintenance of social bonds and prosocial commitment among the members of individual social groups, ultimately increasing cooperation and prosocial ingroup behavior.” (Kirschner & Tomasello, 2010).

They conclude by saying:

“…human children today have an innate proclivity to produce and to enjoy musical behaviors like the ones used in our study. This proclivity together with music’s efficiency in coordinating voice and action — thereby highlighting the shared intention of acting together as a “we” unit — encouraged the children in our study to behave more cooperatively and pro-socially towards each other.”

→ Read on: 10 Magical Effects Music Has On the Mind & Music and Memory: 5 Awesome New Psychology Studies