8 Wonderful Psychological Effects of Being Compassionate 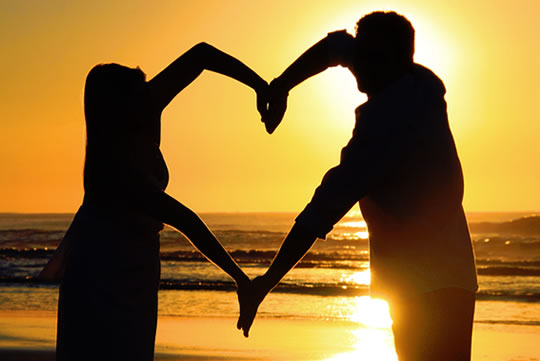 • Next article in this series: Meditation: The Minimum Amount That Works

“Love and compassion are necessities, not luxuries. Without them humanity cannot survive.” ~Dalai Lama

What a wonderful world it would be if people could generate a little more compassion for each other.

The power of compassion is stronger than empathy because it is about imagining the suffering of others at a deeper level; consequently it is more likely to motivate action.

And compassion isn’t just beneficial for the person being helped–nurturing compassion has some remarkable psychological effects on the self.

Here are eight psychology studies which show the effects of exercising your humanity.

1. Compassion can be learned

Compassion is not something you either have or you don’t–it can (and should) be learned and nurtured.

This helps foster benevolent and loving feelings towards the self and others.

After the training, people felt better in themselves, were more compassionate towards others and there was more activation in the areas of the brain associated with love, affiliation and positive emotion.

This was true even when they were shown videos of people in distress which previously had caused negative emotions.

The lead author of the study, Helen Weng said:

“It’s kind of like weight training. Using this systematic approach, we found that people can actually build up their compassion ‘muscle’ and respond to others’ suffering with care and a desire to help.”

It’s all very well feeling more compassionate, but it’s not much use if you don’t do anything about it.

Compassion, though, can be a powerful motivating force.

Along with being beneficial to others, experiencing more compassion benefits your own psychological and physical health.

A study by Fredrickson et al. (2008) had participants direct their loving compassion towards themselves over a week, then in the next week towards their loved ones.

The researchers found that those participants who had been randomly assigned to meditate compassionately showed increased levels of daily happiness compared with a control group.

Not only this, but those meditating compassionately also experienced less depression, had higher satisfaction with life and were in better physical shape.

The power of compassion also reaches into the body’s immune and stress response systems.

Neuroscientists have found that increased loving compassion can be measured in the living brain.

In a study by Lutz et al. (2008), expert and novice meditators generated a mental state of loving-kindness-compassion while their brains were scanned.

At certain points while participants were in the brain scanner the experimenters fed in sounds of distress.

While the participants were concentrating on being compassionate, the brain regions responsible for the processing of emotions were enhanced, compared with when they were at rest.

In addition, the areas associated with empathy and understanding other people’s minds were also more active.

Since compassionate thought boosts activity in the empathic centers of the brain, it also boosts empathic accuracy.

Mascaro et al., (2013) gave participants a test of empathy called the ‘Mind in the Eyes Test’ which involves guessing emotions from only a pair of eyes.

Th0se who’d completed a short course on compassion did better on the test, showing that their empathic accuracy was enhanced.

Beforehand some participants had been given short-term compassion training. Their test results were compared with a control group who had received memory training.

The compassion training group demonstrated more prosocial behaviour–in other words they were more helpful towards others.

The pain of others is distressing and it’s a natural reaction to avoid people in pain.

That’s what Klimecki et al. (2013) found when they gave participants compassion training and then exposed them to a video about people in distress.

After the training people responded neurally with more love, affiliation and positive emotions to suffering.

All of these studies show that the following quote from the Dalai Lama couldn’t be more true: