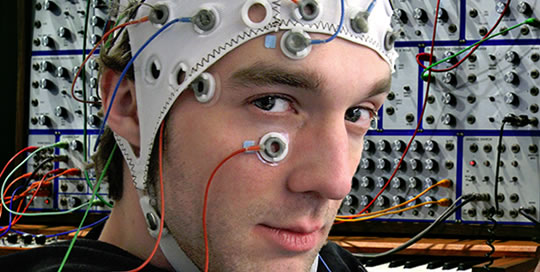 Neuroscientists have successfully used a new type of brain stimulation to act on a mental braking system located in the prefrontal cortex, the area of the brain above the eyes.

The study, published in The Journal of Neuroscience, gave participants a simple test of self-control (Wessel et al., 2013).

This involved them trying to stop themselves from routinely pressing a button when suddenly given an unexpected auditory command.

Participants had electrodes attached to their heads to deliver the electrical stimulation to the precise area of their brain which has an inhibitory effect on behaviour.

The electrical current passing through the brain was relatively small, and so imperceptible to participants.

The part of the brain targeted, in the prefrontal cortex, is a crucial component in the network that slows down and stops some behaviour.

Sometimes participants were given help to inhibit the button pressing behaviours by having the electrical current delivered.

The results showed that the electrical stimulation helped inhibit their button pressing.

One of the study’s authors, Nitin Tandon, M.D., explained:

“There is a circuit in the brain for inhibiting or braking responses. We believe we are the first to show that we can enhance this braking system with brain stimulation.”

Although the research is a long way from being able to improve human self-control at a general level, it does show that it is possible to affect the brain’s braking system with the application of electrical currents in certain circumstances.

In this case, though, the stimulation had a coherent, positive effect on behaviour.

And this from such low electrical currents that participants in the study could not feel it.