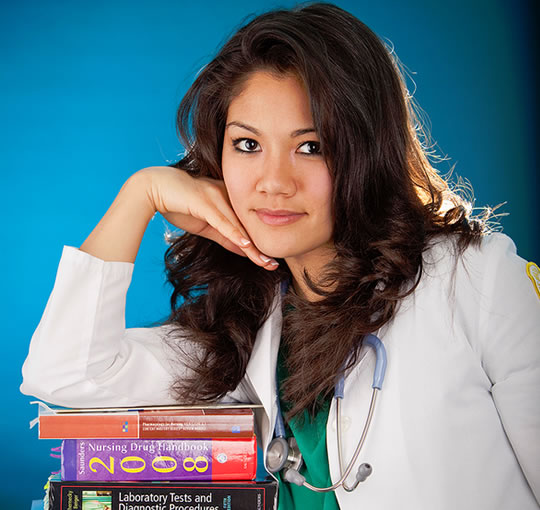 Students whose looks are above average get the best grades.

A new study finds that students who are rated as more attractive get better grades and are more likely to go to college.

They found that students who were rated as more attractive were also given higher grades by their teachers.

But students only needed to be somewhat above average to see the advantage. The super-good-looking had no advantage over those who were above average.

This may be because being more attractive had a negative side–it was associated with more partying, dating and general social distractions.

Interestingly, being average in appearance produced no benefits in GPA scores against those with below average looks.

Why do looks affect grades?

This study can’t directly tell us why being attractive is good for your grades, but some have suggested that it is because teachers give higher grades to attractive students.

Studies on children at elementary school, for example, have found that teachers give higher academic ratings to those who are more attractive.

But the real story is probably more complicated than that. Academic outcomes are tied up with social outcomes. Students that do well socially also tend to do well academically:

“…visible characteristics like attractiveness, as opposed to averageness, gave students greater entrée and assuredness in initial interactions and greater forgiveness for foibles and missteps in later interactions, something particularly valuable in the large impersonal world of high school. In this context, average-looking youth had relatively few chances for standing out or opportunities to gain status in a competitive playing field.” (Gordon et al., 2014).

High school is likely just the first step in discovering how important looks are.

There are some disadvantages to being very beautiful, such as the perception that it’s all about the looks and not talent, and women can face discrimination in some stereotypically masculine professions.

However, beautiful people get paid more, are more desired by others and have higher self-esteem.

It’s all part of discovering that, unfortunately, as teenagers are often heard to moan: life’s not fair.

→ Read on: 10 Pleasures and Pains of Being Beautiful