The Incubation Effect: How to Break Through a Mental Block 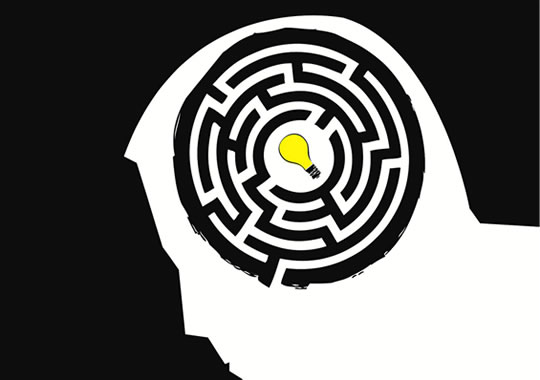 Taking a break may help bring that Eureka moment, but what part does the unconscious play?

It doesn’t matter whether you’re pondering spreadsheets at work, trying to decide what colour to paint the shed or wondering where to spend the holidays, sometimes you hit a mental block and can’t go forwards.

It might be that the number of options is overwhelming or, at the other extreme, that you can’t come up with a single idea. Either way you’re stuck and in that moment there seems like no way out.

The usual solution is simply to take a break. After an hour, a day or a week, you return to the problem afresh and suddenly everything seems clear. You can’t understand what the problem was in the first place: the answer is right there, staring you in the face.

This is a fascinating capability of the mind. It’s wonderful that it can solve problems unconsciously while we’re getting on with day-to-day life.

I’ve come back to problems that have stumped me and been amazed to feel the answer pop into my head as if by magic. It partly makes up for all those times I get lost in the city or can’t remember my next-door neighbour’s name.

The incubation effect is well-known and was included in an early four-stage theory of creativity, put forward in 1926 by Graham Wallas, an English psychologist:

The problem with this theory is that the incubation phase is extremely mysterious. First you prepare, then you ‘incubate’, which involves making no conscious effort to solve the problem, then comes the insight. It sounds too good to be true.

Whether it sounds too good to be true or not, the psychological research backs up the common experience that incubation (or taking a break) does work. About 50 different studies have been carried out on the incubation effect and three-quarters of them find an effect.

The question is: why does it work? (This argument matters practically and I’ll explain why in a moment.)

Is it just rest?

One group of psychologists say it’s only the effect of resting. When you take a break from a problem you rest your mind and when you come back it’s fresher, so you do better.

It’s not just you that’s fresher, it’s also your take on the problem that has been freshened up. Before, you saw the problem in a particular way which limited your ability to come up with solutions. After a break, though, you forget things that held you back, which allows the breakthrough.

On the other side of the fence sit psychologists who say, yes, these things are important, but they don’t tell the full story. The break doesn’t just freshen you up, it gives your unconscious time to work towards a solution.

This argument is important because if the unconscious is doing some processing then it matters that you’re motivated, expecting to work on the problem again and that you’re creative. If not, all that matters is that you take a break.

These two views have been tested in a new study by Gallate et al. (2012). They gave participants a standard creativity test which…

“…involves listing as many novel uses as you can for an everyday object in two minutes.

The more of these examples you can come up with in an allotted amount of time, typically the more creative you are (try it, it’s good fun).” (from: Duck/Rabbit Illusion Provides a Simple Test of Creativity)

For the participants who were surprised by the second test of creativity, their average performance didn’t improve much. In contrast those who were told had time for their unconscious to work on the problem and they did improve. In fact they came up with more than twice as many novel ideas the second time.

This study suggests, then, that unconscious processing is important in the incubation effect. It seems that for the group who knew they’d be doing the task again, their unconscious was working away in the background thinking up more solutions.

This means that breaking through a mental block is about more than just taking a break. It helps to be motivated and to know that you will be returning to the problem. It also helps if you are a creative person because this study found that people who were naturally more creative benefited more from the break.

At a time when we always seem to be in a hurry, we need reminding that taking a break is a simple but effective tool for boosting creativity. To come up with creative solutions to problems, your chances are increased by incorporating breaks into your work-flow.

Here are two more research-based hints to get the most from your incubation periods: