The Hindsight Bias: I Knew It All Along! 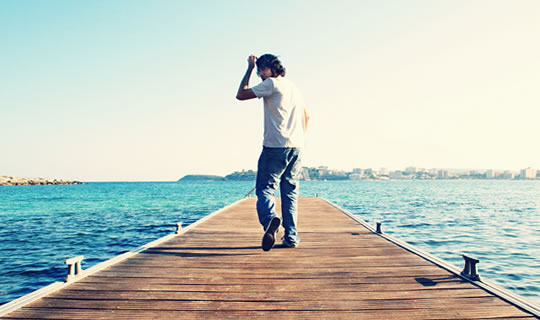 • Next article in this series: How to Overcome the Egocentric Bias

• Previous article: Why You’re a Sucker for the Impact Bias

How to correct for a bias that stop us learning from our mistakes.

Going into business for yourself is scary. Despite all the potential rewards, compared with getting a safe job with a big firm, being an entrepreneur means accepting huge risks.

All entrepreneurs know that there are no guarantees and that new businesses fail at a frighteningly high rate. Still many manage to convince themselves that their venture will be different.

As you might expect, as a group entrepreneurs are remarkably optimistic about their chances of succeeding (otherwise why bother?).

The first time they estimated their chances of success, before their business failed, they guessed, on average, 77.3%. Afterwards they recalled this figure to be 58.8%.

In other words the failure of their business had made them revise their original estimate downwards. With hindsight, then, the actual outcome had become more predictable.

This research into entrepreneurs demonstrates a widespread bias in human thought. The hindsight bias is our tendency towards thinking that things must have turned out the way they actually have.

It’s one example of a whole range of studies going back decades. Research carried out on professionals and lay people alike has confirmed the finding. Time and again, the outcomes of medical diagnoses, legal decisions, elections and sporting events seem more likely after the answer is known.

We display this bias across many different areas of life. The things that happen to us seem more like they were meant to happen. This is partly because of our drive to make sense of the world; it’s comforting to feel we can predict what is happening to us and why.

Under some circumstances, the hindsight bias is particularly strong:

The hindsight bias can be a problem when it stops us learning from our mistakes. If the entrepreneurs knew how biased their estimates of success were, would they have done things differently? If trainee doctors think a diagnosis was obvious all along, how will they learn to consider alternatives?

Of course, now you know about the hindsight bias, and how it can be corrected, it seems pretty obvious, doesn’t it?