How to Overcome the Egocentric Bias 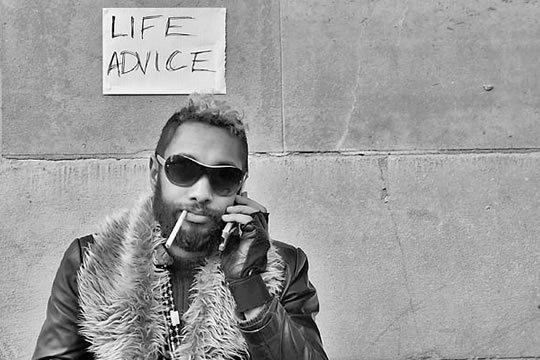 • Next article in this series: See How Easily You Can Avoid The Memory Bias

• Previous article: The Hindsight Bias: I Knew It All Along!

What would this guy do? Perspective-taking offers a way around the egocentric bias.

Most people are pretty bad at taking advice from others. People don’t mind hearing the advice, they just hate to take it.  This is one facet of what psychologists call the ‘egocentric bias’: the general rule that we think we know better.

The egocentric bias strikes in the boardroom, in schools, in hospitals and everywhere where two or more people are gathered together and one turns to the other and says: “What do you think?”

It’s the reason why every person and every generation has to make its own mistakes. People have a tendency not to listen until after it’s too late.

This is a real shame because a lot of the time other people have really important insights or experience that we don’t have ourselves (e.g. The Impressive Power of a Stranger’s Advice). We can’t hope to know everything ourselves.

So how can we force ourselves to properly weigh other people’s advice?

An approach that’s recently come to the fore in psychological research, and popular culture, is perspective-taking. You simply imagine someone who is like you faced with the same question and then you ask yourself what they would do.

It’s the secular equivalent of the Christian question: “What would Jesus do?”

Now it’s been tested in psychological research by Yaniv and Choshen-Hillel (2012). Across three studies they had some participants make choices from their own perspective and some from the perspective of another person who is similar to themselves.

What they found was that taking another imaginary person’s perspective had the desired effect of encouraging participants to take other people’s advice.

It’s a fascinating finding but it only tests people’s judgements in a relatively simple situation: guessing the amount of calories in a foodstuff. We’ll have to wait for further research to look at more complicated or nuanced decisions.

Still, the procedure is so simple it’s unlikely to do any harm. Plus anything that helps us think outside ourselves is very likely to be helpful since there are quite a few other studies which have found robust benefits for perspective-taking.