What’s The Best Time of Day to be Creative? 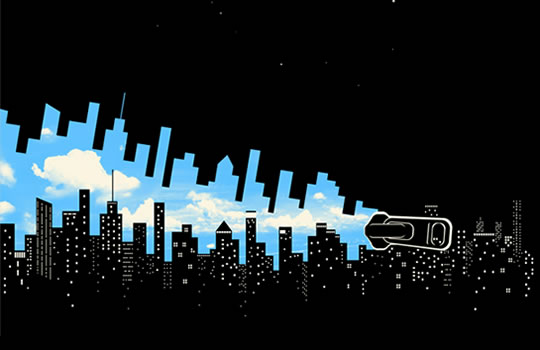 • Next article in this series: Creativity: Why You Should Seek Out Unusual or Downright Weird Experiences

Do you feel at your most creative early or late in the day? Now psychological research is examining whether there’s a best time of day for creativity, depending on the type of creativity and your natural rhythms.

To investigate Wieth and Zacks (2012) had participants take two different types of creativity test. One measured their insight ability: this is the kind of problem which requires a leap into the unknown. Like when you suddenly realise that a silk scarf would make a great sandwich parachute (hey, maybe you want to drop it undamaged from the fiftieth floor).

The second measured their ability to solve analytic problems: these are the type of problems that require you to work steadily towards the answer, like doing your taxes.

Both of these types of thinking are important in creativity, although at different points in the process.

What Wieth and Zacks found was that strong morning-types were better at solving the more mysterious insight problems in the evening, when they apparently weren’t at their best.

Exactly the same pattern, but in reverse, was seen for people who felt their brightest in the evening: they performed better on the insight task when they were unfocused in the morning.

This research can’t tell us specifically, but it’s probably because being a bit sleepy and vague broadens the mind’s focus.

With more options to play with, it’s more likely you’ll make connections between apparently unconnected ideas. On the other hand being focused narrows down your attention, forcing you into a more analytical mindset.

Also note that some people are neither larks nor owls: they have no particular preference for morning or evening. Still, you can identify when you feel more groggy and try to get some insightful thinking done then.

Beware, though: all sorts of things that seem like a good idea when you’re sleepy are revealed as complete madness in the cold, hard light of day (I’m talking about you, sandwich parachute!). That’s what analytic creativity is for: to weed out the rubbish.