Multiple-Choice Tests: Why Sticking With Your First Answer is (Probably) Wrong 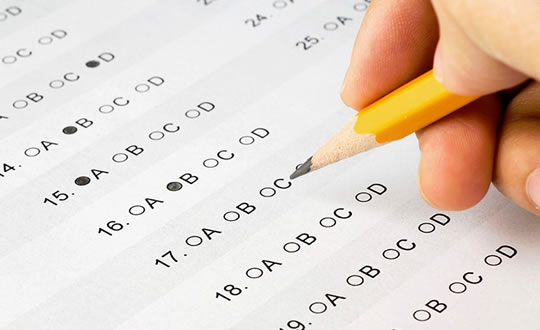 What’s the best strategy for taking a multiple-choice test?

The standard advice for multiple-choice tests is: if in doubt, stick with your first answer.

And yet this is wrong.

One survey of 33 different studies conducted over 70 years found that, on average, people who change their answers do better than those who don’t (Benjamin et al., 1984). In none of these studies did people get a lower score because they changed their minds.

Study after study shows that when you change your answer in a multiple-choice test, you are more likely to be changing it from wrong to right than right to wrong. So actually sticking with your first answer is, on average, the wrong strategy.

Why do so many people (including many who should know better, like the authors of test-preparation guides) still say that you should stick with your first answer? Kruger et al. (2005) argue that it’s partly because it feels more painful to get an answer wrong because you changed it than wrong because you didn’t change it.

So we tend to remember much more clearly the times when we changed from right to wrong. And so when taking a test we anticipate the regret we will feel and convince ourselves that our first instinct is probably right (when it’s probably not).