Why People Avoid the Truth About Themselves 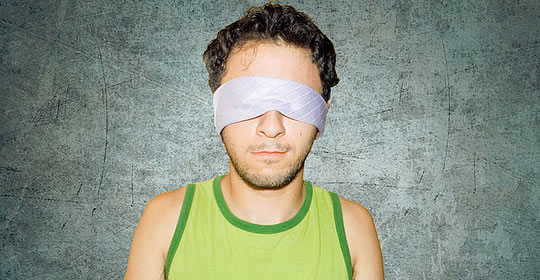 Knowledge may be power, but when it comes to self-knowledge, ignorance is bliss.

Sitcoms often take advantage of a very simple fact about human psychology to make us laugh. The set-up will go something like this: main character tells their partner: “I would never compromise my ethical principles for money!” Then that very same character is offered an opportunity to compromise their ethical principles for money…and they take it.

The joke is not just about hypocrisy but also about the main character’s complete unawareness of his or her hypocrisy.

Watching this we might assume it isn’t intended to be diagnostic of human psychology; rather it’s just a way of making a joke at the expense of the main character. But really it’s a perfectly realistic example of how people avoid the truth about themselves.

In a recent paper in the Review of General Psychology, Sweeny et al. (2010) outline the three main reasons that people avoid information:

So people often do their best to avoid learning about themselves and sometimes this makes perfect sense. For example genetic testing may tell you that you have an increased risk of atrial fibrillation after the age of 70. Is that useful information or just one more thing to worry about? If there’s nothing you can do about it then perhaps it’s information that only worsens your quality of life.

Other times we hurt ourselves by avoiding information. Like when we refuse to get that strange mole checked out and end up delaying treatment for cancer.

I offer no answers, merely to point out that avoiding information is a much more rational strategy for dealing with the complexities of a frightening world than it might at first seem. There’s a good reason we value the innocence of youth: when you don’t know, you’ve got less to worry about.

When we laugh at the hypocrisies of a sitcom character, it’s also a laugh of uncomfortable recognition. As much as we’d prefer to avoid the information, in our heart of hearts we know we’re all hypocrites.