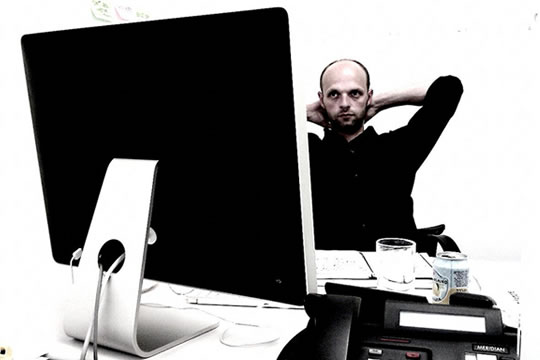 Want your organisation to perform poorly? Here are six ways to kill creativity in business, or anywhere.

Many organisations claim they want to foster creativity—and so they should—but unintentionally, through their working practices, creativity is killed stone dead.

That’s what Teresa Amabile, now Director of the Harvard Business School, found when looking back over decades of her research in organisations (Amabile, 1998). As part of one research program she examined seven companies in three different industries, having team members report back daily on their work.

After two years she found marked differences in how organisations dealt with creativity. Whether or not they intended to, some of the organisations seemed to know the perfect ways to kill creativity, while others set up excellent environments for their employees to be creative.

Since so many organisations seem to be aiming to kill creativity, here are the six main methods:

One of the easiest ways of killing creativity is by giving a job to the wrong person. It could be an assignment or the whole role. Employees need to feel their abilities are stretched, but that the assignment is within their grasp.

Within many organisation the usual system is to give the most urgent work to the person who appears most eligible (i.e. is most senior/most junior/has the least work/is the next cab off the rank etc.). Managers typically fail to really look at the requirements of the job/assignment and then at the skills of the employee. Mismatches are a recipe for an unsatisfactory and creativity-free result.

Yes, people need specific goals set for them, but they also need freedom in how to achieve these goals. If you want to kill creativity, then simply restrict employee’s freedom in how they reach their goals. Two common methods are by changing the goals too frequently or by implicitly communicating to your staff that new methods are not welcome. Employees will soon get the message and stop trying.

Creativity requires time and money; to kill it off restrict both. You can do it by setting impossibly short deadlines or by restricting resources to a minimum.

Managers tend to be obsessed with physical spaces, thinking that it’s bean bags, fussball tables or funky furniture that engenders creativity. Far more important, though, is mental space. People need enough time and resources to come up with good ideas. Put people under hideous time and resource pressure, though, and you’ll soon squeeze out all their creativity.

Groups in which people are very similar tend to get along well. They don’t disagree, they don’t cause any trouble and they are frequently low in creativity. If you want to make sure that creativity is kept to a minimum then reduce the diversity in groups.

In contrast when teams are made up of people with different skills, abilities and viewpoints, their different approaches tend to combine to produce creative solutions. They may take longer and they may argue more but diverse groups breed creativity—so avoid them.

It’s easier to be critical than it is to be constructive. If you want to stifle creativity then meet new ideas with endless evaluation and criticism. Also, one of the problems with new ideas is that often they don’t pan out. So to discourage further creativity, make sure you really punish people whose audacious ideas don’t work.

Once people know they’re going to be endlessly interrogated about their new ideas—and punished if they don’t work out—they’ll soon stop producing them.

Infighting. Politicking. Gossip. All can easily kill creativity. If the organisation is turned against itself, it’s unlikely to produce truly creative work. Try to avoid letting information flow freely and discourage collaboration, because both are likely to boost creativity.

Without support, attempts to be creative will quickly wither and die and employees will become demotivated and cynical.

Remember that all these methods for killing creativity are best done with subtlety. You should say you provide support, freedom, resources and so on, but only do it half-heartedly. This will give you the appearance of a creative organisation but you won’t produce the truly creative solutions which mark out the best.