Why Envy Motivates Us 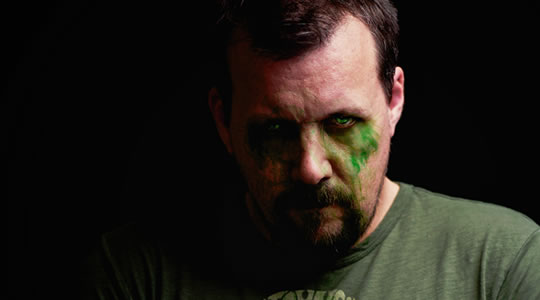 Choose your heroes carefully, or admiration may kill your motivation to succeed.

I’ve recently written about two really important aspects of mental life: how to reach goals and how to control yourself. You won’t need telling that both of these are easier said than done.

Part of the reason it’s so difficult to reach long-term goals is because there always seem to be more reasons to give up than there are to go on: fear of failure, lack of time or money and so on. When you hear successful people talking about their early days there’s one element of their story that’s usually the same.

I heard Renzo Rosso, the founder of the fashion label Diesel, talking about it the other day. But it could just as easily have been any other business owner, artist or scientist. What Rosso talked about was how difficult it was in the early days and how many times he cried when things went against him. And yet he carried on building up a business which is now worth billions.

It isn’t really news that things were difficult in the early days—all new enterprises are like that—what we really want to know is why did he carry on? How is it that the successful motivate themselves to keep at it when others fall by the wayside? Talent, skill and luck play a part, but there is more.

One story that’s often told is about heroes. The successful say they were inspired by the achievements of others. Rosso, for example, talks about his admiration for Armani. Apparently it’s admiration that drives people through the many dark nights of the soul that come before success.

There’s an element of truth to this but it’s not the whole truth. According to the philosopher Kierkegaard, admiration for someone is like admitting defeat. When you truly admire what someone has created, you implicitly admit that you will never be able to reach that standard yourself.

This might sound nonsensical but there’s some psychological validity to it, as explained in a new paper by van de Ven et al. (2011). They argue that being envious of another’s achievements is painful. To avoid that pain we translate envy into admiration. In other words: we admit defeat. The other person’s achievements are beyond us; we must resign ourselves to being inferior.

Unfortunately once we’ve translated envy into admiration, we lose the motivational power of that envy. Of course there’s a good reason to defuse envy: it’s destructive; it can both make people unhappy in themselves and it can drive them to destroy the object of their envy.

This leaves us with a problem. The first choice is to give in but feel good. The second choice is not to give in but to have the emotion eat us up inside and perhaps inspire us to destructive actions.

Is there a third choice? Perhaps there is. Psychologists have suggested there are two types of envy: malicious envy and benign envy (van den Ven et al., 2009). We tend to feel malicious envy towards another person if we think their success is undeserved. This is the type that makes us want to strike out at the other person and bring them down a peg or two. However when another’s success feels deserved to us, we tend to feel a benign envy: one that isn’t destructive but instead motivates.

It was these two types of envy that were experimentally tested by van de Ven et al. (2011). They found that benign envy was a powerful motivating force. Benign envy encouraged people to perform better on measures of intelligence and creativity, when compared with both admiration and malicious envy.

So it seems there is a way out of the envy dilemma. When we feel benign envy towards another, this social comparison can provide a motivating force, pulling us on. Our heroes may well motivate us, then, as long as we don’t just admire them but are benignly envious.

There is another little twist to the story, though, and it’s a crucial one. Quite often the heroes or role-models that people choose are way out of their league. They choose people whose achievements are so great that they’re almost impossible to emulate, like Albert Einstein or Martin Luther King.

The problem is that when we feel someone else’s accomplishments are out of our league, it can be demotivating. van de Ven et al. found that people who felt they had little control over their ability to improve resorted to admiration. On the other hand, those who thought they could improve experienced benign envy and were motivated to work harder. It’s the feeling of control that motivates.

At the heart of this whole discussion are social comparisons. When we see someone who is richer, better looking, more intelligent or more successful than us it provokes a whole series of emotions. Seeing as there’s always someone who fits this description, how we deal with these emotions is vital. Admiration, though, while a laudable reaction, is less likely to spur us on than a solid dose of benign envy.

Of course most people aren’t going to admit they use envy to motivate themselves, after all, it’s one of the seven deadly sins. Nevertheless this research suggests that benign envy, if used in the right way, can be a powerful motivating force.