The Dark Side of Goal-Setting 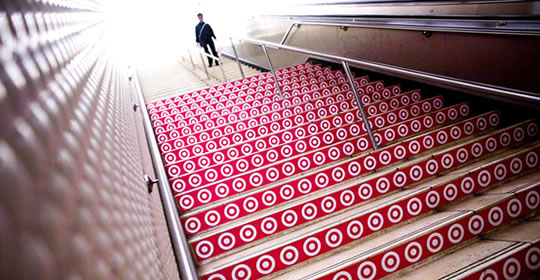 Targets are everywhere, but poorly set goals can be dangerous.

I wouldn’t be surprised if you are fed up with hearing about goal-setting. I am.

Goal-setting has become a personal, corporate and political fetish. Modern workers are frequently subjected to performance reviews in which they must set themselves goals to work towards. The fact that these targets are frequently idiotic or meaningless seems to be irrelevant.

Whole countries are now run on targets. Here in Britain, like elsewhere, politicians have become obsessed with goal-setting. Goals have been set for everything, from economic indicators to healthcare waiting lists and criminal activity. If it can be counted, it will be given a target.

Goals out of control

Psychologists must take some of the blame for this raging fashion for goal-setting. Throughout the 1970s and 80s a large number of studies were conducted into how people respond to goals.

Take early work by Bandura and Simon (1977). They recruited severely obese individuals who were, on average, 50% overweight. These were people who found it very difficult to change their eating behaviour. Many had been overweight since childhood.

In their weight-loss experiment, some were told to do their best to reduce their food intake. Others, however, were given specific goals.

Over four weeks dieters who set themselves specific goals were able to reduce their food intake by twice as much as those  just did their best.

This support for the power of specific goals has emerged over the years in all sorts of practical areas. For example, workers at a food manufacturing plant increased their safety performance dramatically by using specific goals. Months later injuries were down.

Both physical and cognitive tasks seemed to be spurred on by specific goals. In a sample of engineers and scientists, performance increased when goals were specific compared with when they were told to do their best or not given any goal at all.

The list of these studies is endless and no doubt part of the power of specific goals is that they reduce ambiguity. When a manager tells someone to ‘do their best’, they leave the door open to interpretation. What another person thinks is ‘best’ could have little to do with what you think is best. Because it’s ambiguous, people make their own interpretation. So it’s better to have a clear target.

At least, that’s the theory. In reality, because humans are humans, the law of unintended consequences kicks in. There are all sorts of unwanted side-effects to badly set goals (Ordonez et al., 2009):

There is also evidence that poorly set goals may harm our ability to learn and our intrinsic motivation for a task. They may even encourage unethical behaviour as people strain to meet them.

You’ll have noticed that much of this research is in work and organisational psychology. It’s all about managers trying to get the best out of their employees.

All that said, however badly goal-setting may be implemented at a workplace or in an organisation, the basic idea is sound. If you set yourself a specific goal, you’re likely to do better, as long as the goal is a good one.

It’s worth bearing in mind the dark side of goal-setting so that you don’t stray from your overall aims. Goals can be useful, but they shouldn’t be too inflexible.

Also, when you set goals for yourself, rather than have them set by others, you have the advantage of complete control. If it’s not working, you can abandon it. If it’s no longer relevant, it can be changed. But having one or two there vaguely, in the background, is no bad thing.

There’s little doubt that goals can often improve our performance. But we shouldn’t become slaves to them, as have many organisations.