Caffeine Makes Us Easier to Persuade 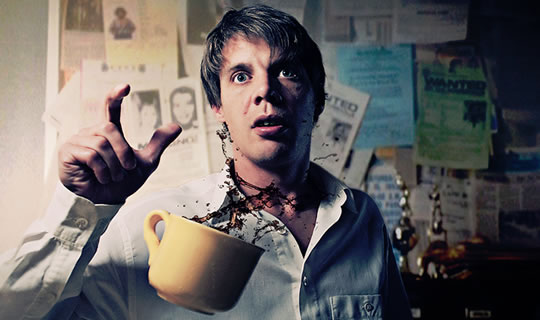 Eighty per cent of adults in the US and the UK are moderate users of the psychoactive drug, caffeine.

Of all the effects it has on our minds—enhanced attention, vigilance and cognition—perhaps least known is its tendency to make us more susceptible to persuasion.

This was demonstrated in a study by Pearl Martin and colleagues at the University of Queensland in Australia (Martin et al., 2005). In their experiment they tried to convince participants to change their minds about the controversial issue of voluntary euthanasia.

Participants were told that some in the university agreed that people should be allowed to end their own lives under certain circumstances, while others did not. In fact participants were chosen because they agreed that voluntary euthanasia should be legal and the experimenters wanted to see if they could be persuaded otherwise.

Before the attempt to change their minds, half the participants were given moderate doses of caffeine, while the other half took a placebo. Both groups were double-blinded so that neither the researchers nor the participants knew who had taken what. Then they were given six stories to read which argued against euthanasia.

When asked afterwards for their attitude to voluntary euthanasia, those who had drunk caffeine were more influenced by the persuasive message than those who’d had the placebo.

On top of this, participants were asked about their attitude towards abortion which, the experimenters guessed, would be indirectly influenced, since someone who disapproves of euthanasia is also likely to disapprove of abortion. And this is exactly what they found. The persuasive message had spread to a related idea and the effect was strongest amongst those who had consumed caffeine.

But why? What is it about caffeine that opens us up to persuasion?

The reason that a lot of persuasive messages pass us by is simply that we’re often not paying much attention to them; our minds easily wander and we prefer not to think too hard unless it’s unavoidable. By increasing our arousal, though, caffeine makes us process incoming messages more thoroughly, potentially leading to increased persuasion.

So watch out, all that coffee isn’t just making you twitchy, it’s also making you more susceptible to influence, even if only by enhancing your attention.