8 Studies Demonstrating the Power of Simplicity 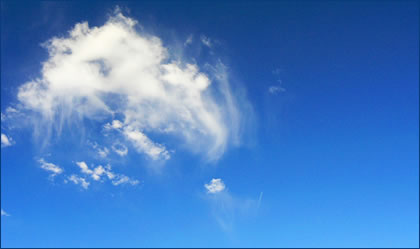 Which of these would you say sounds like the more dangerous food additive: Hnegripitrom or Magnalroxate?

The majority of people say Hnegripitrom sounds more dangerous. It turns out that the word ‘Magnalroxate’ is easier to think about than ‘Hnegripitrom’, probably because it’s more pronounceable, and people equate simplicity with safety (actually both words are made up).

This is one example of psychological research on meta-cognition: thoughts about other thoughts. Whether or not something is easy to think about—cognitive fluency—is one important type of meta-cognition, with all sorts of benefits accruing to things that are easily processed.

Here are 8 of my favourite studies on cognitive fluency, showing just how much can be explained by the feeling that something is easy to think about (or otherwise).

Many of us did it in school: tried to impress teachers with fancy language and convoluted sentences, assuming it would make us look clever. As we soon discovered, though, most people can’t carry it off.

So if you want to be perceived as more intelligent (and who doesn’t?) keep your writing simple. This chimes perfectly with the standard advice given to wannabe writers. Sadly simplicity can be a lot harder to achieve than complexity.

As we’ve already seen, people assume that things which are difficult to pronounce are also risky. Song and Schwarz (2009) found that the fictional food additive Hnegripitrom was considered 1 point more dangerous on a 1 to 7 scale than Magnalroxate.

The same effect was found for fictitious amusement park rides. A ride apparently called ‘Chunta’ was thought much safer than the relatively dangerous sounding ‘Vaiveahtoishi’. (I assume participants didn’t know the slang ‘chunder’, or these results might have been different!)

3. Foreigners are more difficult to think about

So names that are difficult to pronounce seem to have negative connotations? That doesn’t bode well for migrants whose names are unfamiliar in their adopted countries.

Thinking more generally, Rubin et al. (2010) wondered whether people who live in one country, but come from another, are plain awkward to think about and that part of the well-documented societal bias against them stems from this fact.

In one experiment participants were asked to judge the characters of imaginary people, some who lived in the country in which they were born, and some who had moved abroad. Standard sources of bias against people with foreign names were removed (e.g. outgroup bias) by the way they set up the experiment.

The results showed that people who had moved from one country to another were difficult to think about and so participants had rated their characters more negatively.

Before we leave names behind, check out this neat study which suggests a way to increase your stock market profits. Alter and Oppenheimer (2006) wondered if companies with pronounceable ticker codes, like GOOG for Google, will benefit from the fluency effect by trading more profitably.

They tested this idea using real stock market data, controlling for industry sector and the possibility that more profitable companies might have simpler names. After analysing the data they found that if you invest in companies with pronounceable stock ticker codes you’ll make 10% more profit after just one day’s trading.

Given the current economic gloom perhaps renaming the whole stock exchange wouldn’t be a bad idea. Forget FTSE, NYSE and TSE, let’s call them LILY, ETHAN and MIKI (some work to be done on what these stand for…).

Right, enough fantasising about using fluency for stock market riches. Perhaps in some areas there is an advantages to be had from a lack of fluency?

Most people’s speech is littered with, errr, disfluencies—that’s just how people speak. As you’d expect, research finds that people who speak fluently are perceived as more knowledgeable and more intelligent. So that’s more points for fluency. But one study has found that when a speaker hesitates the word that comes out of their mouth next is better remembered (Corley et al., 2007).

Perhaps there was method in George W. Bush’s speech-making?

Needless to say people have wondered if this cognitive fluency lark could be used to make people part with their cashola. It can. Novemsky et al. (2007) manipulated the fluency of a product by listing its features in either an easy or hard to read font. Easy to read fonts doubled the number of people willing to purchase the product.

You might well ask what kind of an idiotic company would use an illegible font for their product features, but I’ve seen it done. Still, apply this principle more generally and it leads to the conclusion that fluent products are more profitable. Just think about companies like Apple which have raised cognitive fluency to a consumerist religion.

There’s a certain type of geek that sneers at ease of use, but that attitude is plain wrong. Look at the evolution of just about any consumer technology: it starts out almost impossible to use and ends up in the hands of your grandma. This is the effect of cognitive fluency writ large across the marketplace.

Extrapolate this to websites, products or whatever matters to you and the power of simplicity should be obvious. People like to feel pleasure almost as much as they want to avoid pain.

(Now can someone please tell that to the masochists who dream up mobile phone tariffs?)

Broadly speaking our brains have two systems for reasoning. The system we are consciously aware of is slow and analytical, while the one that operates below the level of conscious awareness is quick, effortless and automatic. That’s our intuition.

When thinking about something that is easy to process, we tend to reason quickly and effortlessly (Alter et al., 2007). This isn’t necessarily a good or a bad thing, but one standard effect of automatic thinking is that we tend to go for the default option.

On the other hand disfluency kicks the mind into an analytical reasoning mode, making it more likely our decision will go off-piste.

All of this seems straightforward enough, once you know about it, yet it can be difficult to put into practice. People are afraid of looking stupid and automatically assume that if they make something complex, others will assume it is better. In many ways this couldn’t be further from the truth.

None of this is an argument for dumbing down, for lowest common denominators or for pandering. Paradoxically complexity is often quick and easy while simplicity takes time.

Like mathematicians searching for the shortest formula to describe a complex phenomenon, we should all be obsessed with simplicity, because in simplicity lies beauty and the human mind, as we’ve just seen, finds it difficult to resist.