The 7 Psychological Principles of Scams: Protect Yourself by Learning the Techniques 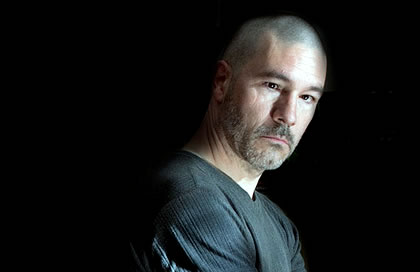 How hustlers trick 3.2 million people each year in the UK into handing over £3.5 billion.

Good hustlers are excellent intuitive psychologists. Just like magicians they understand enough about how the mind works to exploit its vulnerabilities. Our fascination with hustlers is insatiable and, despite being criminals, they are frequently portrayed by Hollywood in a flattering light, in films like The Sting, Catch Me If You Can and the Ocean’s Eleven trilogy.

Of course the reality is nowhere near as romantic, especially if you’ve fallen for one of the cons. Frank Stajano, a security expert at Cambridge University, has been working with Paul Wilson, a scam artist and author of BBC TV’s The Real Hustle to identify the 7 major psychological principles used in short cons to part people from their cash (Stajano & Wilson, 2009; PDF, 308K).

Attention is like spotlight, which means when it’s pointing in one direction it pretty much ignores everything else.

Except people don’t realise how little information coming in from the outside world we actually process. Naturally you don’t notice what you don’t notice, plus the mind is designed to fill in the gaps for us. But hustlers do know and almost every con uses some kind of distraction.

The classic example is ‘Three-card Monte‘ sometimes called ‘Find the Lady’, a rigged card game in which the aim is to find one card out of three after the hustler shuffles them around.

At the heart of this hustle is the orchestration of a crowd of onlookers who the mark (that’s you and me) thinks are all fellow punters, but who are actually in on the game. Marks are distracted by the situation in the street—the banter, laughter and excitement—and don’t realise the whole thing is a setup: no matter what the mark thinks they know, there is no way to win. The hustler is always one step ahead.

The classic study showing how compliant we are, especially when told to do things by an authority figure, was carried out by Stanley Milgram.

People are sheep: they can’t help following each other.

The classic study on conformity was conducted by Solomon Asch in the 1950s showing that people will deny evidence from their own eyes to fit in with others. In the Three-card Monte con, the crowd of shills around the game creates the herd for the mark to follow.

Online there are all kinds of tricks people can use to make others think there is a herd when actually there is only one person. The practice of ‘astroturfing’ means creating multiple online identities to fake grass-roots support for a politician. In peer-to-peer networks the multiple identities created by people trying to influence them are known as Sybils.

Whether online or offline, though, groups exert an enormous influence over us.

Fear is the mind-killer.

Hustlers know that people are fearful and play on this fact. Some cons involve selling goods to marks that are used for illegal purposes. For example one scam described by Stajano and Wilson involves selling people ‘cancelled banknotes’, actually just pieces of paper which have been spray-painted, then telling marks they have an amazing gadget which will clean off the ink and make the notes usable again.

Marks are discouraged from reporting the scam because they would be implicating themselves and the hustler wins both ways.

People are easily tricked, even when they think they are being careful. Hustlers take advantage of the fact that most people go along with their expectations of what will happen in any given situation. If the hustler’s behaviour fits the situation then people will accept what they say.

One classic is ‘van dragging’ where hustlers target a warehouse from which they want to steal the goods being delivered. They hang a sign saying the door is broken and those delivering should call a number. The hustlers, hiding nearby, answer and steal all the goods from the delivery driver, all the while complaining that they’ve called the locksmith and he hasn’t turned up yet. The delivery driver often helps the hustlers load their van.

Once hustlers know what people want, even if it doesn’t exist, they are in a position to manipulate them. They will play on people’s desperation; unfortunately the more desperate people are, the easier they are to con.

This con relies on the barman’s greed or it won’t work. In reality it works surprisingly often.

A classic study of how people make decisions under time pressure demonstrates what hustlers already know: when there’s no time to think people rely on short cuts and emotional responses to a situation.

So hustlers make sure the mark is under time pressure so they will respond in a predicable fashion, i.e. by being greedy, or giving in to the herd principle, or by bending to the will of an authority figure.

Who are the marks?

And if you think no one falls for these tricks then think again. A recently published UK report found that each year 3.2 million people in the UK fall for mass marketed scams (OFT, 2009). That’s 5% of the population, each year. Collectively they lost £3.5 billion. £3.5 billion.

The OFT report investigated those who had been conned and reached some insightful conclusions:

The best advice is that given at the end of the TV programme The Real Hustle: if it seems too good to be true, then it probably is.

→ Read on: like hustlers, magicians know how to exploit our mental vulnerabilities, discover 3 critical techniques in the psychology of magic.