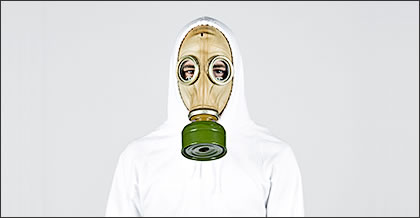 We get over bad moods much sooner than we predict, thanks to the covert work of the psychological immune system.

One of the most incredible things about the human mind is its resilience. Let’s face it, life can be pretty depressing at times, and yet people generally push on much the same as they always have, sometimes even with a spring in their step and a smile on their face.

How come one day it seems like the world is going to end and the next there’s hope? And how come our bad moods lift so unexpectedly, like a brick sprouting wings and disappearing into the clear blue sky?

The reason is that we all have a secret weapon against bad moods: a psychological immune system. When we experience events that send us into an emotional tailspin it kicks in to try and protect us from the worst of it.

How bad will rejection make you feel?

Daniel T. Gilbert of Harvard University and colleagues explored this surprising phenomenon in a series of classic social psychology studies (Gilbert et al., 1998). They set up a situation almost all of us would be familiar with: going for a job interview and getting rejected.

First they led participants to believe they were going for a job interview but, beforehand, in amongst a load of other irrelevant questions, asked them how they would feel if they didn’t get it. Of course there was no job to get and they were duly told they didn’t get it, then asked, again subtly, how they felt now.

What Gilbert and colleagues were interested in was the difference between how people predicted they’d feel and how they actually did feel. In other words: do people understand they have a psychological immune system and that it will do its best to improve their emotional state after the rejection?

There was also a little twist in the tail: half the participants were told they were being evaluated for the job by one person and the other half that they were being evaluated by three people. This meant that for the half that were evaluated by one person it was easier to rationalise a rejection since when there’s only one person deciding it’s easier to imagine the decision had more to do with that person’s individual preferences. Being rejected by three people, though, feels like a more considered judgement for the candidate.

Not as bad as you think

Here’s what the experimenters found. People predicted that if they were rejected they would feel about 2 points worse on a scale of 1 to 10 compared with their mood when they started the experiment. Immediately after rejection those for whom the rejection was easy to rationalise only felt 0.4 of a point worse on the scale, not 2 points worse. And after 10 minutes they felt just as happy as when they started the experiment. The immune system had done its work and people’s predictions were way off.

The news wasn’t quite so good for the participants in the difficult to rationalise condition, but it still wasn’t as bad as they expected. Instead of a 2 point drops on the scale of 1 to 10, they experienced a 0.68 drop immediately and 1.25  point drop after 10 minutes, once the rejection had really sunk in. The strain was much greater for the psychological immune system in this condition and it didn’t do so well.

Still, neither groups felt as bad as they thought they would. And this pattern is repeated again and again across other psychology studies. When we’re hit by one of life’s frequent kicks to a tender zone, the psychological immune system starts its work, rationalising what has happened and, over time, stopping it hurting as much as we expected.

In the same paper Gilbert and colleagues report studies on people getting dumped by their partners, told their personalities are deficient and academics failing to get tenure. The pattern repeats: people think it’s going to feel bad, but generally it’s not as bad as they expect, and people recover quicker than they predict.

The very fact that we don’t seem to notice our psychological immune system is probably the only reason it works at all. After all, in order to feel better we have to conveniently forget some important facts, such as how much we wanted the job we didn’t get, loved the partner who walked out or were enjoying the ice cream we just dropped.

But the good news is when life deals out its cruellest blows, our unconscious will be working overtime to find the upside. That’s why life often doesn’t turn out to feel as bad as we think. Soon enough most of us are on our merry way again with a bounce in our step, all thanks to the merciful but covert work of the psychological immune system.