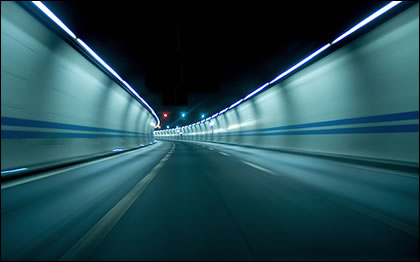 This post is my second contribution to a blogging conversation on creativity with isabella of change therapy. In her most recent post she raises the subject of chaos in creativity.

For some people creativity and chaotic thinking naturally go hand-in-hand, but for others it doesn’t. Finke and Bettle (1996) pick up on this continuum between two types of creative thinkers:

Unfortunately for the ordered thinkers amongst us this makes the chaotic thinkers sound much more exciting. But how enthusiastic we are about each style of thinking depends on the type of problem we need to solve, and how far we’ve already got in solving it. Also, while we might have a tendency to hang out at one point on the chaos/order creativity spectrum, we can adopt different approaches depending on our goal.

Still, there’s an indication of the power of chaotic thinking in a study by Finke (1990). Here participants were shown a set of 15 basic components such as a tube, a bracket, a cross and a hook. They were then asked to combine the components they’d been given to make a practical device of some kind. The categories of device they were asked to construct included things like furniture and utensils.

To investigate how people were able to use these components, three experimental conditions were used:

A further study even challenged the old adage – arguably more ordered than chaotic in nature – that form should follow function. In this experiment, similar to the first, participants in one condition were given components and told to combine them in any way they liked. Only after they’d created their shape, or form, were they asked to dream up its function. The people in this condition were judged more creative than those in other conditions where the components and device’s function had been given to them at the outset.

I’ve focussed on chaotic thinking so far but structured, ordered thinking is clearly vital to creativity. Ideas without structure are simply lost in the storm. It’s a balance, as Finke and Bettle (1996) explain:

The process of creativity

This is why Finke and colleagues have put together what they call the ‘Geneplore’ model of creativity. They argue that there are two distinctive phases to creative activities: the first involves GENErating the ideas, the second ExPLORing these ideas to create structures and draw connections. Creativity, then, is the process of switching between the generative and explorative phases while applying the constraints set by the task being attempted.

Perhaps, then, a creative block might be getting stuck in one or other of these phases, finding oneself with either too much chaos or too much order.

What do you think isabella, and everyone else?