50% of College Students Think We See Like Superman, Despite Perception Course 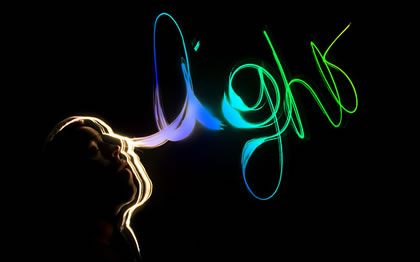 Mind-myth 6: Here’s a quick question for you about human vision. Compare these four very short descriptions of how we see, and decide which you think is true:

For some of you this question will be elementary: it’s one of the most basic scientific findings about the way our eyes work and is covered in introductory perception classes. Others may not be sure of the answer, but don’t worry you’re not alone, not by a long shot.

Of course there’s a big clue in the title of this post. Answers 2, 3 & 4 all contain the idea that our vision is akin to Superman’s X-ray vision or the character ‘Cyclops’ from X-Men, as both can send out beams of energy from their eyes. In fact us mere mortals do nothing of the sort. Quite the reverse.

Our eyes pick up rays coming from the sun, or some other light source, that have been reflected off objects in our environment into our eyes. What allows us to see is one-way traffic: into the eyes only. We don’t send any rays outwards (although technically some light is reflected from our eyes, but this isn’t produced by our eyes or important in vision).

The correct answer is 1.

The roots of the misconception

It’s not just children, though; it seems the idea has been popular with great minds for some time. Greek philosopher Empedocles is often credited with it, and the concept has also been endorsed by other Greek favourites like Plato, Euclid and Ptolemy.

How many people actually hold this misconception?

Unlike many other misconceptions and myths in psychology, this one has been extensively tested in a series of experiments. As a result we have a pretty good idea how many people believe it and how easy it might be to dispel this myth.

To find out, Professor Gerald Winer and colleagues asked participants how vision worked in a number of different ways (Winer et al., 2002). It was presented verbally, with static images as well as using animation. Presenting the information in different ways was designed to try and counter any biases produced by the question’s format.

That’s not the startling bit.

The startling bit is that the participants in the experiment were college students who, just a few weeks before, had taken an introductory psychology class on perception. As part of this class students had been explicitly told on a number of occasions how people see. Yet, despite this, around half the students clearly hadn’t internalised the knowledge.

If you think that it’s just college students who entertain this misconception about vision, then think again. Winer and colleagues have tested people of different ages and got comparable results (although older people are more likely to get it right). They’ve even tried giving people hints about the correct answer by asking them to imagine they were looking at a light bulb. Despite this big clue, one third of participants still thought that rays came out of their eyes to bounce off the light bulb.

Still blind to the truth

Students were reading the information and then, apparently, completely ignoring it.For one thing it shows the difficulty in overturning people’s ingrained beliefs about science. Virginia Gregg and colleagues tested the effect of education even more explicitly by asking students to read passages from textbooks directly before taking the test about how we see (Gregg et al., 2001).

Still no dice: it made virtually no difference. Students were reading the information and then, apparently, completely ignoring it.

Actually we shouldn’t be surprised by this. A fair amount of research has already been carried out into tackling misconceptions in science. It turns out that people are remarkably resistant to changing their beliefs. Immediately after being told the correct concept clearly enough they may get it right, but only for a short time. Soon after it will often spring right back to their original, incorrect belief.

This doesn’t bode at all well for overturning this misconception about vision, or any of the others I’m covering in this series.