When Suggestibility is a Liability: Wrongful Convictions 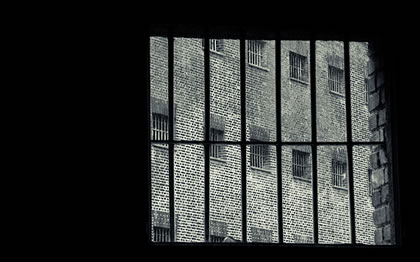 Daniel Schacter’s fifth sin of memory, suggestibility, is a close cousin of misattribution. Like misattribution it involves the creation of a false memory. But, while a misattribution is of our own making, a suggestion comes from someone else who is, whether intentionally or not, influencing us. Human suggestibility has many implications, but some of its most devastating consequences have been played out in the criminal justice system.

Criminal justice systems around the world have treated human memory with undeserved reverence for a long time. Dubious eyewitness testimony has frequently secured convictions for the most serious of crimes. Even more incredibly for students of scientific psychology, repressed memories rising to the surface decades after the original event have been accepted by courts as the basis to lock a man away for the rest of his life.

In three recent posts PsyBlog has examined experiments showing just how prone we are to suggestion. Given the right circumstances people will finger the wrong suspect in a line-up, manufacture false memories and even change their beliefs after having their dreams interpreted.

Dramatic evidence for how easily eyewitnesses are swayed comes from a study carried out by Gary Wells and Amy Bradfield at Iowa State University (Wells & Bradfield, 1998). Like many of the best studies it is deceptively simple, but its implications for the criminal justice system are profound.

Read on about the effects of positive feedback on eyewitnesses -»

In 1990 George Franklin became the first ever US citizen convicted of murder by a witness who recovered repressed memories more than 20 years after the event. The fact that the witness was Franklin’s daughter, Eileen, ensured the case was splashed across the news media. Franklin was released in 1996 after 6 years in prison when irregularities were discovered in Eileen’s evidence: it emerged she had been hypnotised before testifying.

Read on about implanting false memories -»

Studies have shown that false memories can be implanted under experimental conditions, so is it possible for therapists to change their clients’ beliefs or memories through suggestion? An experiment by Giuliana Mazzoni from the University of Florence and colleagues demonstrates the power psychotherapists potentially wield with a mere 30 minute interpretation of a dream.

Read on about the effect of dream interpretation on memory -»