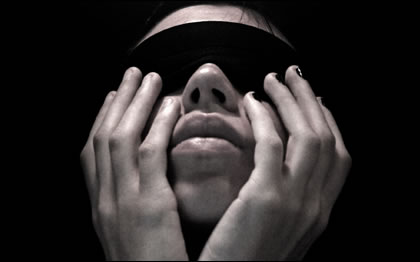 Mind-myth 2: studies show that the blind’s other senses are not more acute, but they can learn some amazing skills to compensate, like echolocation.

It’s an oft-repeated idea that blind people’s other senses compensate for their lack of sight. Like the idea that we only use 10% of our brains, it is probably repeated because its rosy optimism seems harmless. In fact it’s a myth with a kernel of truth.

To shoot this myth down we need to make an important distinction. There is a difference between having better hearing, and using auditory information more effectively, which some blind people do to an extraordinary degree. This difference is at the root of the myth. Let’s have a look at what the studies have found.

Studies have compared the threshold at which blind and sighted young people can identify smells. Rosenbluth, Grossman and Kaitz (2000), for example, found no difference in this, nor in blinded and sighted children’s ability to identify the different smells they were exposed to. The blind children did, however, give a wider range of labels to the smells, suggesting they paid more attention to smells.

The spatial hearing abilities of blind and sighted individuals were examined by Ashmead et al. (1998). They tested how well participants were able to tell the direction a sound was coming from. In this test the blind children did perform better, but only marginally so. Again, this suggests blind children are making better use of their sense of hearing, not that their sense of hearing is ramped up to compensate for lack of sight.

Perhaps, though, despite not having superior olfactory or auditory powers, blind children have a better sense of touch? Morrongiello et al. (1994) tested this by giving blind and (blindfolded) sighted children different types of objects to identify. Some objects were miniature versions of large objects, like a bicycle, while other objects were oversized versions of small objects, such as a big key.

In fact both groups got the same number of objects correct, had problems with the same objects and seemed to use the same strategies to identify the objects. A study on older children did, however, find evidence that by the age of 13 blind children had developed superior tactile strategies than sighted children (D’Angiulli, Kennedy & Heller, 1998).

Of course smelling, hearing and feeling are not the only human senses. There is also taste along with less-famous but no less vital senses like thermoception (temperature), equilibrioception (balance) and proprioception (body awareness). I haven’t been able to find studies on these but I’d be willing to bet the findings would be the same as for hearing, feeling and smelling.

So strictly speaking the myth is just that, blind people’s other senses don’t compensate for their lack of sight. But, while blind people don’t have a more acute sense of smell, taste or touch, they can use these senses more effectively.