Seriously, Would You Admit to Only Using 10% of Your Brain?

• Next article in this series: Blind People’s Other Senses Not More Acute 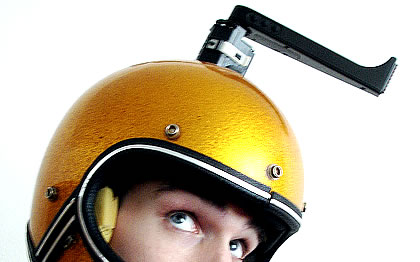 Mind-myth 1: Like many of the myths now seemingly fuelled by New Agers hoping to unlock the untapped, hidden forces that will unleash previously unimagined human potential, the 10% myth is a slippery customer.

Just when all the evidence has been marshalled against its original incarnation, showing that, yes, actually we do physically use all our brains, it turns out ‘human potential’ can’t be measured empirically. Apparently the unused 90% is hidden below the surface, out of sight and almost out of mind. Which is convenient.

Let’s start at the start.

The idea that we only use 10% of our brains is probably such an enduring myth because it’s comforting to think we have spare capacity. The ‘unused’ 90% could take up the slack after brain injury or offer the possibility for miraculous self-improvement. This flexible factoid has been used not only to sell products to enhance our brain’s performance, but also by psychics like Yuri Geller to explain mystical cutlery bending powers.

The structure of the brain and its metabolic processes have also been carefully examined, along with the diseases that afflict it. None of this work has suggested there is a hidden 90% that we’re not using. Unfortunately.

Anyone who still maintains we only use 10% of our brains after this fusillade of fact has to come up with a counter-argument for each one of these. Actually, you might argue that imaging technology is rubbish or the neurons are only working at 10% capacity, but refuting all four, taken together? Now that’s tricky.

The roots of this myth are very difficult to discern, probably because there are so many different, diffuse stories about its origin. One probably apocryphal story is that Einstein once explained his brilliance – compared to the rest of us mere mortals – by saying he actually used more than 10% of his brain (Wanjek, 2003). Despite probably being based on a misquote, the repeating of this story can’t have hurt the myth’s power.

Perhaps some of the earliest roots of the myth come from work by physiologists in the 1870s. They routinely applied electrical currents to the brain to see which muscles moved. They found that large parts of the human brain could be zapped without any corresponding bodily twitching. This led them to dub parts of the brain ‘silent’. But they didn’t mean silent in the sense of inactive, just that it didn’t make any muscles move. Of course this didn’t stop the phrase being misinterpreted.

The actual confirmed first written sightings of this myth, though, is in a 1940s advert for the book Cold Comfort Farm by Stella Gibbons (Wanjek, 2003, p.21):

“What’s holding you back? Just one fact — one scientific fact. That is all. Because, as Science says, you are using only one-tenth of your real brain-power!”

Whatever its provenance, the 10% myth is certainly a slippery customer. The reason is two-pronged: first, it’s impossible to prove something doesn’t exist and second, people like to believe it. If I say I’ve seen a Pegasus, or visited Mars, or that all our brains have huge untapped potential, you can’t definitively prove me wrong. That’s why, despite a few good solid blows to the head, this myth refuses to go down.

Perhaps putting it the other way around might deliver the knock-out blow. Instead of talking about the 90% of untapped potential, just ask people why they only use 10% of their brains. Would anyone seriously admit to that? I, for one, am working at maximum capacity. Well, most of the time anyway…