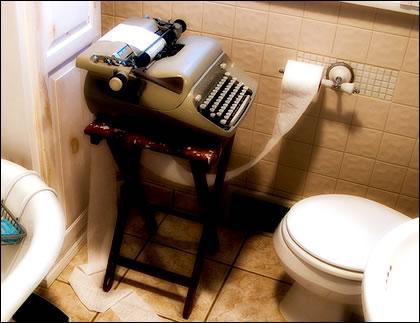 Studies on the physics of wrinkled sheets and the side-effects of sword swallowing were amongst the winners at the 2007 Ig Nobel awards. Prizes are awarded for research that makes you: “laugh and then think”. Unfortunately (or fortunately) no wins this year for psychologists, but psychological research has produced pretty weird winners in previous years. Here’s the countdown of the ‘silliest’ research in psychology as judged by the Ig Nobel awards over the past 16 years.

I include my own silliness rating for each study on a five-point Likert scale:

* = not very silly at all.
***** = jolly silly.
Missing years had no winners in the psychology category.

Professor John E. Mack was a Harvard psychiatrist and psychoanalyst who said people who claimed to have been abducted by aliens were not crazy. Along with David M. Jacobs of Temple University, he thought the experience of abductees didn’t fit with either psychological or psychiatric models. In fact he believed the abduction stories were true and argued their purpose was the production of children.

The 1994 winner was Lee Kuan Yew, the Prime Minister of Singapore, who carried out a 30-year study into the effects of punishing the citizens of Singapore for chewing or spitting out gum or feeding the pigeons. Stiff fines for both littering and spitting have succeeded in making Singaporeans some of the most litter-conscious citizens in the world.

* What on Earth is silly about this one?

Continuing the flying rat theme, in 1995 Shigeru Watanabe, Junko Sakamoto, and Masumi Wakita, of Keio University won the Ig Nobel for teaching pigeons to discriminate between the paintings of Monet and Picasso. When the paintings were upside down, however, they could still spot Picasso’s paintings but not Monet’s.

After the pigeon bonanza, psychology took a back-seat at the Ig Nobels until 2000. Then Justin Kruger and David Dunning of Cornell University regained the limelight with their study of incompetent people (PDF, 468k). It seems the incompetent suffer a dual burden: not only are they bereft of talent, they also don’t know they are bereft of talent. Their gross over-estimation of their talents then leads them to make ever more stupid decisions. For evidence of this, just turn on your TV to pretty much any channel.

Entertainingly, the study also found that explaining their incompetence to participants actually improved decision-making considerably. So there’s a great rationalisation for telling stupid people how stupid they are. Great.

** – a bit silly but redeems itself with the final insight.

This has got to be the sweetest study ever undertaken. Lawrence W. Sherman of Miami University carried out an ecological study of glee (abstract) in small groups of preschool children. Even the definition of glee makes me feel happy: “…joyful screaming, laughing, and intense physical acts which occurred in simultaneous bursts or which spread in a contagious fashion from one child to another.”

Not only did Sherman find that outbreaks of glee amongst children tended not to disrupt the class, he also found that the optimum number of glee participants was between 7 and 9. Super.

* – I don’t care what anyone says, I love this study. Not at all silly.

Gian Vittorio Caprara and colleagues found that when judging which politician to vote for, people only used two dimensions: trustworthiness and energy levels. I suggested this explains why Tony Blair spent the period before the last election running around and talking to ‘ordinary’ people.

So there it is. Apparently the ‘silliest’ research in psychology. Or is it? What do you think?

Which is the “silliest” psychology research?